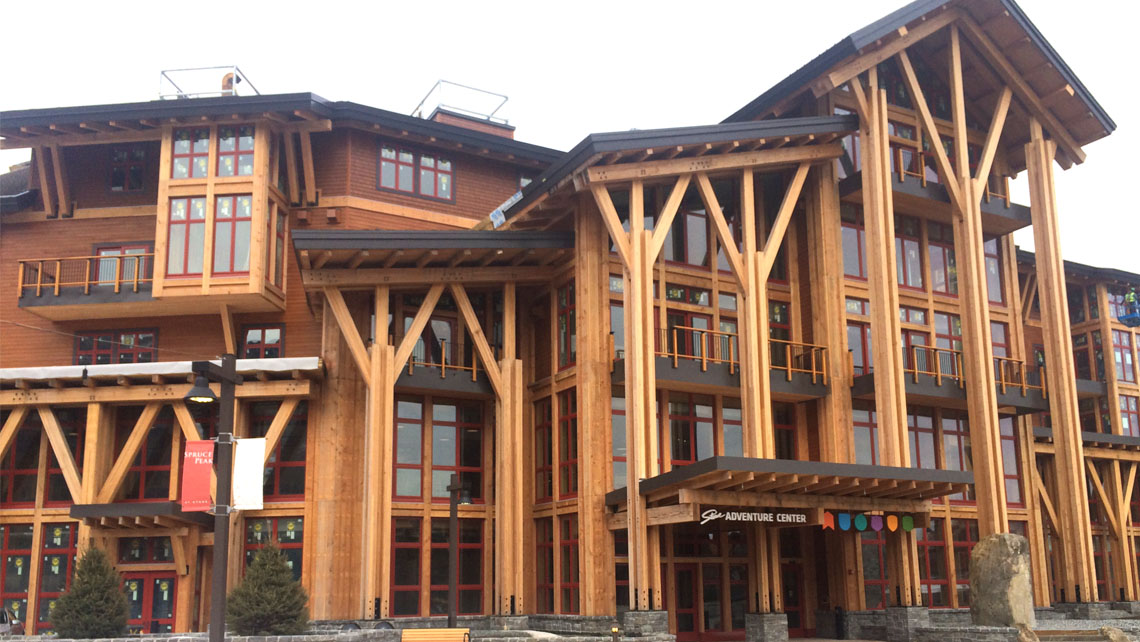 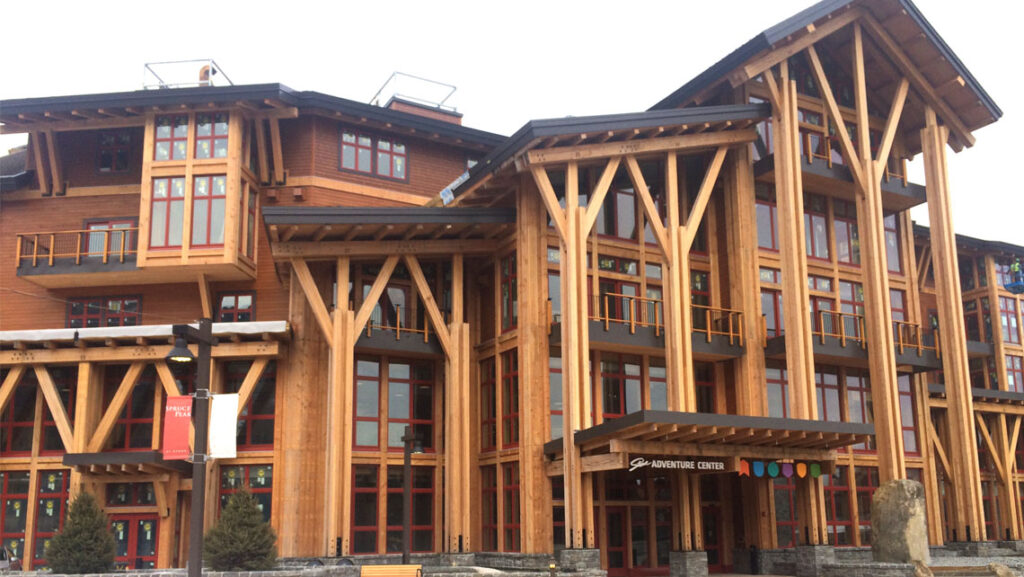 As Vermont resorts prepare for temperatures to drop and the seasons to change, they reflect upon last year’s snowmaking and lodging expansion efforts, and look ahead to a fresh new season with a snowy outlook. So what is new for the 2016-17 winter season? Quite a lot. Vermont’s resorts have had a busy summer full of lodging and restaurant renovations, lift and off-slope amenity improvements, and historic event announcements.

Here is what telemark skiers need to know:

Killington Resort is bringing Alpine World Cup skiing back to the eastern US for the first time in 25 years when the Audi FIS Ski World Cup takes place November 26-27. Giant Slalom and Slalom races will pit the best female technical alpine skiers against one another on Superstar trail, the infamous New England steep that is regularly the Eastern US’s last remaining open ski trail through late May or June. The general public is invited to view the women’s giant slalom and slalom races in a free general admission area at the base of the trail with a jumbo screen for watching the full race course, plus a weekend loaded with festivities including free live music, multiple movie premiers and additional surprises to be announced.

Magic will be under new ownership in 2016-17 as SKI MAGIC LLC purchased the ski area with an initial 5-year plan to invest capital into lifts and snowmaking. With a robust operating budget and new snow guns, Magic will have more snow in 2016-17, made earlier than ever before to improve the consistency and reliability of skiing on both the easier East Side and more challenging West side trails. For the first time in years, both bottom-to-top summit lifts (1,600’ vertical) will be in full operation so that the only lines at Magic are the ones skied. There will also be new daycare facility for young parents and some refurbishing to the lodge and Black Line Tavern.

Off-slope Activities Appeal to Everyone at Vermont Resorts

Brand new this winter at Stowe Mountain Resort is the opening of an 80-million-dollar Adventure Center. This state-of-the art facility sets a new standard in the industry for kids and family amenities. Located at Spruce Peak and adjacent to Stowe’s new outdoor Ice Skating Rink, Stowe’s Adventure Center is home to all Stowe’s children’s programs. From beautiful daycare facilities to ski and ride programs for kids 3 and up, the new Adventure Center has significantly advanced and expanded family amenities and services at the resort. The building also includes new shops, an Indoor Climbing Center (called Stowe Rocks) and family-friendly dining.

After investing $5 million in snowmaking enhancements over the last four winters, Smugglers’ Notch Resort is turning its attention to the resort village’s most popular amenity for families, the FunZone. The new FunZone with its expanded space, mix of features, and improved services underscores Smugglers’ continuing commitment to serving the interests of its family visitors through innovative programming and activities. One section of the new FunZone will feature inflatables, games and areas for imaginative play with primary appeal to families with kids ages 2 to 10. A second area will offer features with appeal to older children and adults such as a ninja warrior-type obstacle course, laser tag, a climbing wall, column walk, slot car racing, and arcade and redemption center. The new FunZone, a $4 million investment, is expected to open mid-winter 2016-17.

The Quechee Club ushers in a new experience for its members, visitors and area guests this winter season with the completion of a newly constructed Aquatic Complex and fitness club expansion. The complex includes a new indoor pool area with an aerobics room, in addition to implementing a new retention pond. The indoor complex, approximately 10,000 square feet, is twice the size of its initial pool  and includes four lap lanes and an open concept design with natural post and beam architecture to complement the refined yet understated aesthetics of the Clubhouse.

From Hotel Rooms to Trails, Vermont Resorts Continue to Improve the Mountain Experience

Much has changed over the course of the past few months here at Burke Mountain.  We have reverted back to some old ways including embracing our new / old logo and bringing back some key members of our team to help move operations forward.  The Lodge at Burke Mountain will finally open its doors on September 1st with introductory rates starting from $109/night during its first month of daily service.  The 116 room Hotel is situated mid-mountain and provides a true ski-in ski-out experience.  Suites range from a standard studio to three bedroom with onsite amenities including a pub, restaurant, heated pool & hot tub, fitness center, arcade, retail and repair shop for guests to enjoy.  Striking views of the Willoughby Gap and Burke Mountain can be seen from nearly every window in the Hotel.  Once you’re here you’ll already be planning your next time back. Reservations are live and can be made at either skiburke.com or by calling 866-966-4820.

The folks at Jay Peak are still of the mind that the 5,000 acres between their borders represent one massive terrain park, but they understand the need for focus. So this season the resort is increasing the snowmaking capacity to its LZ and Jug Handle parks by 60%, running a new waterline up the Interstate trail and installing 20 new guns along the Interstate. The expansion will not only allow Jay Peak parks to open sooner, but will also allow the resort to open learning terrain at its Tramside area earlier in the season.

After several years of major snowmaking improvements totaling more than $1 million, Okemo is expanding its snowmaking system again. 18,000 feet of new pipe will introduce snowmaking capabilities on Catnap and Suncatcher in the South Face area. A Prinoth Bison X park cat, equipped with a Caterpillar 400 horsepower, tier 4 engine that meets all federal emission standards, is the newest addition to Okemo’s fleet of grooming machines as Okemo enters its third year of partnership with Snowpark Technologies. Rental equipment upgrades include 515 Volkl skis, 153 Burton snowboards and more than 1,000 pairs of boots. Also, Okemo has joined the M.A.X Pass family of resorts this year. Okemo season passholders can take their pass on the road – up to 30 mountains with an Add-On upgrade.

Stratton announces an addition to the vibrant slope-side Village dining fleet– Karma: an Asian fusion experience. A menu inspired by the Asian travels of Karma’s chef will debut with traditional ramen bowls and dumplings fresh-made with local ingredients, imaginative entrees and craft cocktails with a twist like vodka filtered through Herkimer diamonds for a side of positive energy.

The Mountain Sports School welcomes Tim Massucco as its new Program Manager for the Stratton Winter Sports Club Freestyle. Massucco’s 16 years of coaching experience will enhance the training curriculums critical to the success of weekend and full-time competitive freestyle skiers.

With the success of the Grommet Jam Series, Mount Snow is increasing the uphill capacity in its beginner terrain park by 50 percent, by replacing our Ski Baba Lift with a 400’ SunKid conveyer called Grommet (Lift One).

Lastly, taking advantage of the dry spring this year Mount Snow increased trail and glades work. So far over 1600+ hours have been spent pruning, mowing and clearing new lines through tree skiing areas in preparation for powdery runs this winter.

Woodstock Inn & Resort’s Suicide Six Ski Area replaces chair #1 with a new quad chairlift that will double capacity, offering a more comfortable and rapid ascent to the summit. Leitner-Poma of America, Inc., will install the lift at an estimated cost of $1.5 million. Funding for the new chairlift is being provided through a grant from the Laurance S. Rockefeller Fund. Recognized as one of the oldest ski areas in the country, Suicide Six has a rich history. Today, Suicide Six is one of Vermont’s leading family-friendly ski resorts featuring more than 100 acres of skiing on 24 trails and slopes with terrain suitable for all abilities.

Green Team Go! With a focus on both establishing new habits and reinforcing current good ones, Bromley rethinks trash, recycling and composting food waste to implement a “Go Green” initiative this winter season. The intent is to eliminate organic waste and all recyclables from the Bromley dumpsters containing refuse destined for the landfill. Recycling for bottles and cans has always been available around the resort, but not universally across the base area, and composting has never been an option. This season bring change and while Bromley works towards keeping the planet beautiful, they’re pleased to announce that base area buildings have also received a makeover.

Over the past year most suites and 25 hotel rooms at Bolton Valley have received major upgrades. The units have seen improvements such as new carpet, drapes, furniture, painting, renovated bathrooms, new mattresses and new artwork. The improvements greatly enhance guest comfort in the rooms that had become a bit dated.

Sugarbush has invested $750,000 into capital improvements for the 2016-17 winter season which include lift improvements and improvements to the snowmaking pond, continuing to progress upon the on-slope experience. Skiers and riders don’t have to worry about crowded trails thanks to the Valley House Quad Sugarbush installed last season. With the new quad, Sugarbush’s uphill capacity is one of the largest in the northeast, while still managing to spread traffic across 16 lifts and two mountains. The resort has also completed Gadd Brook Residences, sixteen ski-in/ski-out condominiums at the base of Lincoln Peak available as two-, three-, and four-bedroom units.

Mad River Glen’s goal is to maintain and preserve the experience rather than overhaul or upgrade it. The ability of Mad River Glen to consistently reinvest in the mountain’s infrastructure is a testament to the success of the Cooperative. Both the skier-owners and the management understand that skiers come to Mad River for the unique combination of legendary terrain, sense of community, low skier density and intimate atmosphere. In 20 years of co-op ownership, Mad River Glen has invested over $5 million in capital improvements.

The Hermitage Club is looking forward to providing one of the fastest and most efficient ski experiences in the northeast. Not only do our members enjoy the absence of lift lines, our high-speed summit lift is the only one of its kind in the U.S. – a six-person heated bubble lift by Doppelmayr, zipping our skiers to the top of the mountain in less than six minutes. And take a break and enjoy the beverages and views at our Mid-Mountain Cabin, which has become a veritable slope side oasis for our members.