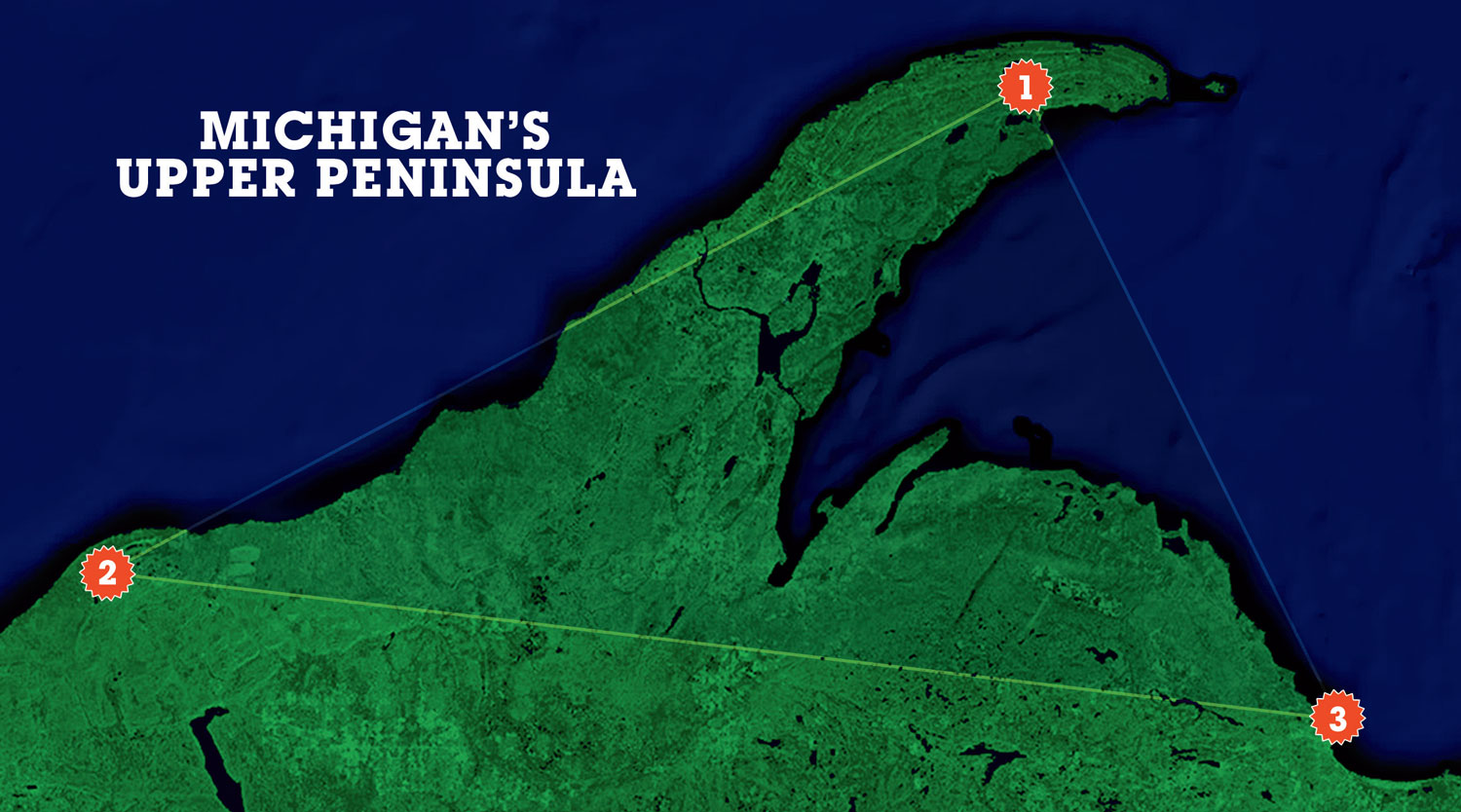 Connecting The Three Tele Hot Spots In The Midwest

For people outside of the Midwest, the Upper Peninsula of Michigan might not be the first place you think of when you want to take a ski trip. But with tons of snow every winter, there’s an interesting freeheel culture emerging which maximizes the deep, but not so steep.

1. Mt. Bohemia
Located on the tip of the Keweenaw Peninsula, which protrudes north from the Upper Peninsula of Michigan roughly 60 miles out into Lake Superior, “Mt. Bohemia is nearly dead center in the middle of the lake,” says Bohemia patrolman, Todd Morgan. This location lends itself to huge storms that drop nearly 300 inches of lake affect powder here every year. Nine hundred vertical feet above the lake, Bohemia is littered with cliffs and rocky pillow lines, reminiscent of a smaller version of Crested Butte. Resort owner, Lonnie Glieberman, enjoys the fact that the mountain is a prehistoric volcano, which explains some of the unique topography. And Glieberman shows off the natural greatness of the mountain by leaving it be. That’s right, he doesn’t groom any of it giving it an untamed off-piste feel. The steep rocky terrain and vast amounts of snowfall make Mt. Bohemia a true anomaly amongst Midwestern ski resorts.

2. Porcupine Mountains State
Park: AKA The Porkies About 105 miles down the Lake Superior shore to the southwest of Mt. Bohemia is Porcupine Mountains State Park where Glieberman operates another resort commonly referred to as The Porkies. Glieberman explains, “The Porkies is a more traditional ski area than [Mt. Bohemia] with groomed trails and nice lodge amenities.” However traditional it is compared to other resorts in the area, it is the only mid-western resort to offer cat accessible terrain. The cat accesses over 100 acres of low angle trees that fill up with gobs of lake affect powder. Every year for the last twenty years The Porkies has been the site of the Midwest Telefest hosted by Down Wind Sports, which lures hundreds of telemarkers to the woods to feast on powder year after year.

3. Marquette’s hidden stashes
One hundred and thirty miles from Porcupine Mountains State Park is Marquette, Michigan where the local freeheelers are pushing their tele skiing through hard labor: hand cut labor that is. Homegrown chopping-ethics allow them to trim stashes out of the Marquette landscape with non-motorized hand tools like saws and clippers. Access to these stashes are closely guarded and rarely shared with outsiders. However, finding the right local bar full of telemarkers might lead an inquiring tourist on a blindfold tour, or right into a good beating.

*This article originally appeared in TS #16