The lurk, or single large pole, probably isn’t what you think it is when it comes to telemark history. According to Tarjei Gjelstad, a traditional ski maker and telemark historian, “Skiers from Morgedal and Telemark only use a short pole, unlike the lurk, because they want something to hold. Often they only use a small part of a branch from a spruce tree.” 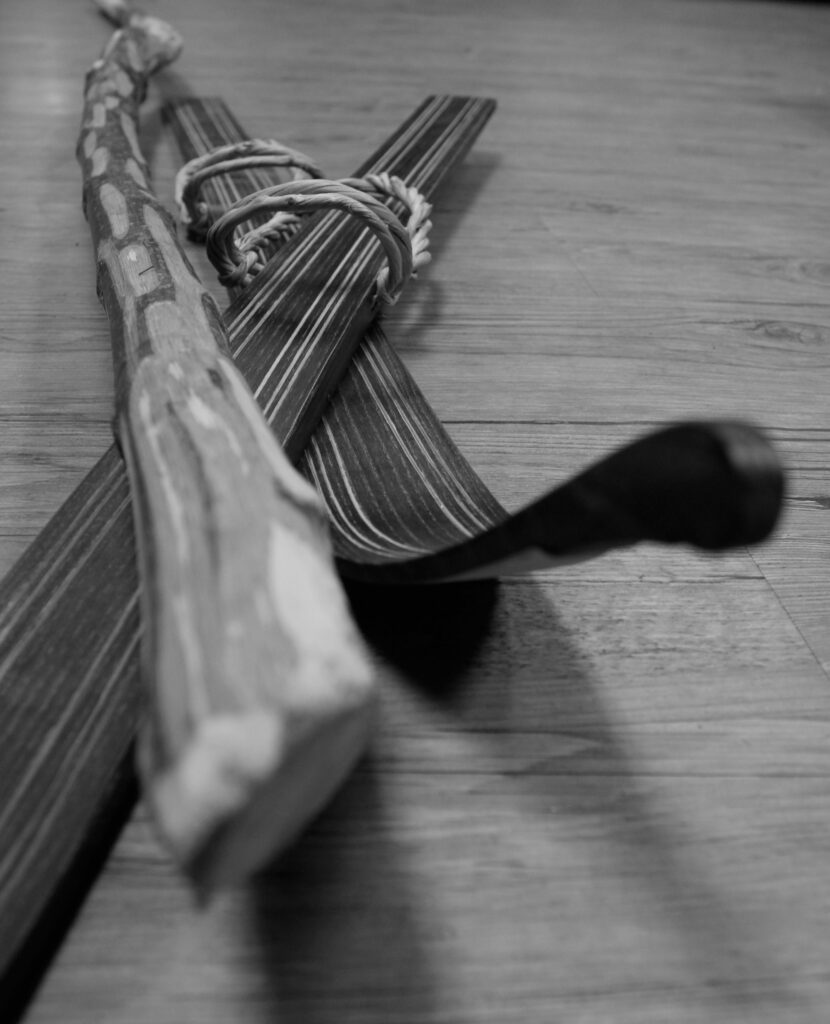 The lurk, as most people know it, is generally crafted out of a long tree branch. In most cases they are as tall or taller than the skier, ranging in diameter based on the preference of the skier. They are traditionally used in aiding skiers across flat ground and also in braking. One early use of a single pole was by the Sami culture in the Lule Sami region of Sweden. Their version of the singular pole was constructed with a spike on one end and a scoop of sorts on the other. The spike was used when snow was firm or icy and to break ice for retrieving water or fishing below the surface of the ice. The scoop also had multi-functionality and was used for such labors as scooping up water or even digging up lichens to incentivize their reindeer herds to graze in a particular area.

The form of skiing using a lurk was practiced around many parts of Norway during the 1800’s but not in Morgedal, the city recognized as being the birthplace of telemark skiing. Sondre Norheim, the man given credit for creating the telemark turn, “thought it more elegant to use a shorter pole instead,” says Gjelstad.

One story of two younger boys from Morgedal, Torjus and Mikkel Hemmestveit, sheds some light on why a longer and heavier tree branch might have been avoided. Torjus and Mikkel learned their ski technique from Sondre Norheim and aside from skiing the rolling hills of powder near their homes, they were very much interested in Sprøytehopp, a form of ski jumping. These jumps were fashioned to have a sharp incline to boost the participants into the air for long distances.

Sondre Norheim is credited with the second longest officially recorded jump at 19.5 meters. The jumper’s objective was to stay balanced and composed as they tried to achieve the furthest distance while still landing in a telemark position. One winter when the boys were merely 12 & 14 years of age, Torjus was jumping with a longer-style lurk. One jump was disastrous with Torjus landing on the large wooden lurk wounding his back. He eventually recovered from the horrible injury and as a result, both started using a shorter wooden stick in all their skiing endeavors including jumping.

The shorter sticks were standard in Morgedal and used as a tool to remove snow and ice from boots, bindings, and skis before jumping or while out skiing. In some cases, jumpers like Sondre Norheim would only use the small branch of a spruce tree in one hand. This not only filled the void of holding something in their hands, but also exhibited their superior balance without the use of a large stick.

Czech-born Mathias Zdarsky continued the use of a single pole style lurk in the beginning of the 20th century, demonstrating steep alpine style descents like the Breite Ries in Schneeberg, Austria. Zdarsky is credited with being one of the founders of modern alpine technique as well as an inventor of bindings.

Although the shorter stick may have been the original tool in Telemark, modern versions of the single pole can be found at some small companies, such as the Panda Lurk from Panda Poles. Whether you are a fan of one pole or two, the lurk legend lives on.