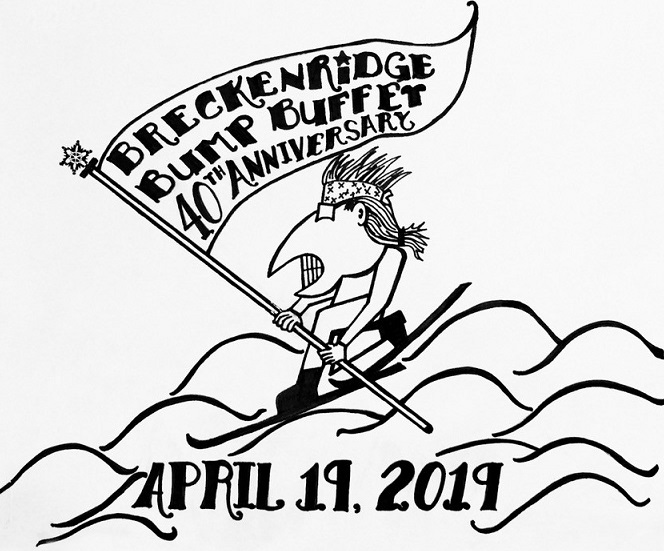 After a 10 year hiatus, the Breckenridge Bump Buffet is back in action but with a slight twist. For over 30 years, the Bump Buffet has been an iconic rite of spring for telemark skiers.

Telemark skiing was new to Breckenridge in 1979 when the resort hosted the inaugural ‘Bump Buffet,’ a venue for three-pinners on skinny skis to show off their bump skiing skills. Over the next 30 years the event would grow into a competition for teams and individuals in costumes, complete with an epic party afterwards.

This year Leigh Girvin and other former competitors have banded together to throw a party to celebrate the 40th anniversary of the Bump Buffet. Past participants, judges, sponsors, fans, and their friends and family are all invited to celebrate their love of spring and telemark skiing on April 19th.

Location in Breckenridge to be disclosed upon purchase of event ticket.

Tickets include two drinks, dinner by Sauce on the Maggie, live band, dancing, photos and video displays, and a commemorative Kleen Kanteen stainless steel cup with the Bump Buffet logo.

Tickets are $60/person. Contact one of the event organizers (Leigh Girvin, Leslie Ross, Caren Mapes, Mike Zobbe) for an invitation to the Facebook event page and ticket ordering information, or call Leigh Girvin at 970-453-8319.