Three seasons ago, a new binding was born deep in the heart of the French Alps. The man behind this new technology was Pierre Mouyade. Born in Arles, France, near the Mediterranean Sea, Mouyade started skiing at age six just like any other European shredder. By age 16 he fell in love with snowboarding as it started to gain traction in the 1980’s. After 30 years of freeride snowboarding on his favorite mountain of La Grave, Mouyade’s cousin sparked his interest in telemark. “My cousin told me telemark was a unique feeling and my curiosity grew from there,” explained Mouyade. For the past five seasons, he has strictly telemarked and thanks to his curiosity, there is another step-in binding on the market.

Based just outside of Marseilles in Peypin, Mouyade established The M Equipment in April of 2014 and began the framework for the Meidjo binding. “When I started to telemark in 2012, I did not understand why the bindings were not step in and why you always had to open or close small pieces,” said Mouyade. “So I bought a pair of G3 Targa bindings and Garmont boots to learn initially, then switched to the Rottefella Freeride bindings with a pair of Scarpa TX Pro boots. Then I started to develop something new.” While a friend helped him produce the first prototype, Mouyade decided there were few competitors and little innovation in the binding market so why not try to really get his idea going. “I was probably a little bit crazy to start a business in the telemark industry but now that I have feedback from my customers I know I made the right decision.”

This season brings the Meidjo 2.1. Slight issues with the bindings have rolled in over the past two winters and Mouyade decided this was the season to fix every little detail. While it looks the same, the heel set has been stabilized with a stiff internal spring. The central hole has been closed to reduce snow pack and wings on the heel strap have been added to simply lift up and down with the basket of a pole. A new touring plate with hook design ensures a locking of the spring box while in tour mode. And most importantly, the anchor plate has been redesigned to be more rigid and distribute energy more evenly throughout the ski. The anchor plate is also protected with Anti Snow Pack (ASP) technology, which reduces the problem of snow jamming underneath the boot. The most significant part of advancing the sport of telemark for Mouyade is making it easy and safe to do, which is apparent with his step in design. 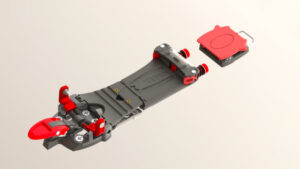 “What I like most of all is off-piste. I love the feeling of earning my turns and exploring new places away from the resort. Even if it is hard sometimes, this sensation of freedom is real. A beautiful day in the resort for me is to ski with friends, putting skins on after a quick lift ride to discover the area outside the resort, and at the end of the day share a good beer.”

Skiing La Grave is not for the faint hearted. One telepherique (tram) drops you at the top of La Meije, a 13,045ft (3,976m) mountain and from there you can choose any way down you’d like. It is all off-piste, no grooming, and it’s because of this mountain Mouyade loves the challenge of big mountain skiing and got into backcountry skiing. The name, Meijdo, also comes from this mountain. “At midday the sun is aligned with the peak of La Meije. The dialect in the village of La Grave is Italian in origin and mezzo giorno means midday in Italian. So the local dialect for the peak of Meije is called Meidjo, midday.” 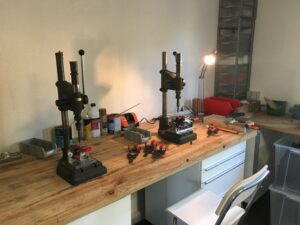 This season Mouyade has a few days planned to ski with his team of athletes known as Serial Heelers, then a trip to the U.S. in March, followed by a trip to Norway in the spring and more touring in the Alps. The Serial Heelers are currently Seb Mayer and Aymeric Cloerec and Mouyade hopes to add to this team with athletes from North America and ideally female telemarkers as well.

Learn more about The M-Equipment HERE 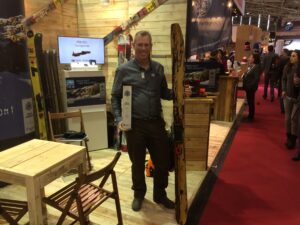 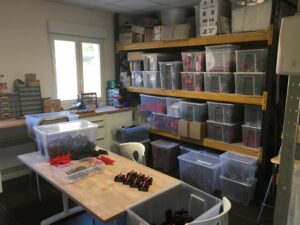