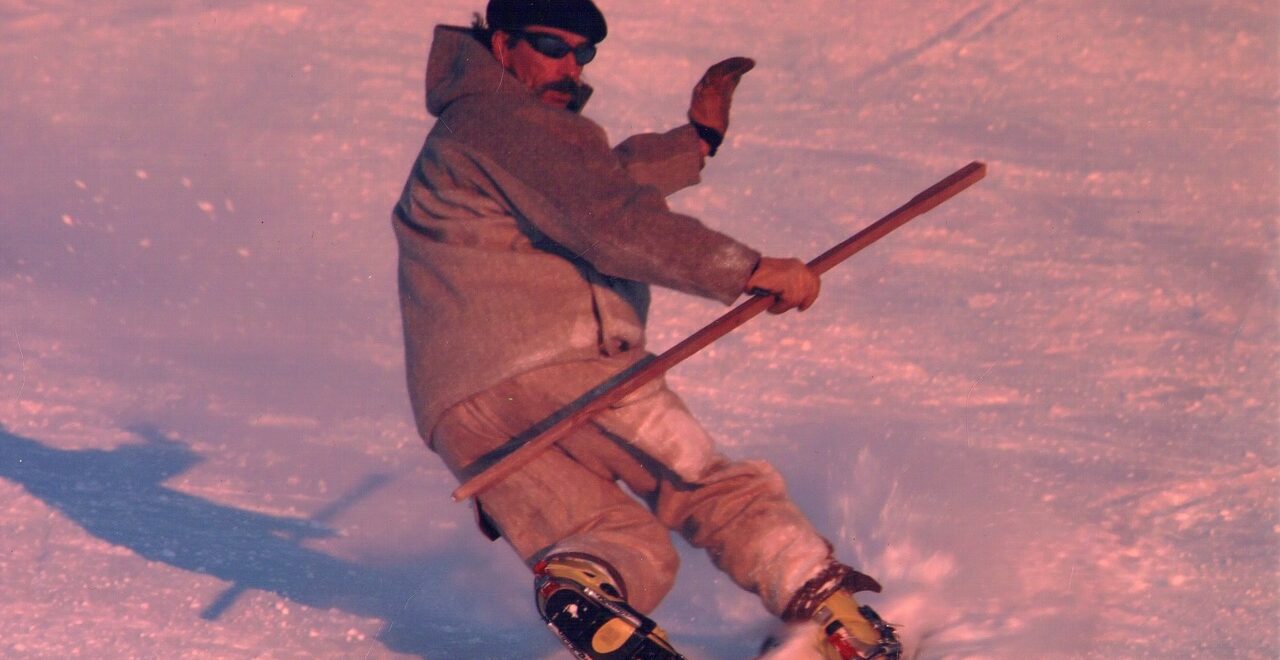 The Black Shoes Telemark Festival is the biggest telemark event of the year. For a weekend each season, over 700 telemark skiers get together for skiing, presentations, and celebration of the sport. The man behind it all? Georges Canard Baetz.

Born in Courchevel, France, Baetz was on skis as soon as he could stand at 1.5 years old. Courchevel has been host to countless skiing events including World Cup Telemark races and the 1992 Winter Olympics. Part of Les Trois Valleés, the biggest linked ski area in the world, it is hard to grow up here and not let winter sports consume your life. For Baetz, skiing continues to be his driving force, sharing his love of the sport with everyone he meets.

Baetz has been a part of almost every sect of skiing, from ski jumping as a kid to alpine racing in the World Cup, mogul skiing at the World Cup level, mono skiing after his professional career came to a halt from a back injury, snowboarding, and then finally his true love, telemarking. Baetz is an instructor with the École du ski Français (ESF) in Tignes, France and calls it his full time job in the winter months. “But telemark is my passion,” he notes, adding he occasionally guides off-piste trips and telemarks on his days off with friends. “The Telemark culture in France is great,” he says, “quite a lot of people who visit the resorts here telemark, and it seems like there are always races for both kids and adults.” Certain ski towns also have telemark racing teams and the members of those clubs usually go on to race the French Cup circuit and eventually, the Telemark World Cup circuit. Freeride and backcountry clubs encourage kids who aren’t into racing to continue with telemark and telemark specific festivals are plentiful. “Finding rental equipment for people who want to try telemark is still not very easy,” Baetz points out, highlighting the need for more ski shops and telemark brands to provide demo days and rental gear for the progression of the sport. 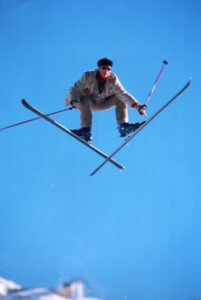 Throughout his younger competitive years, Baetz was able to ski in a handful of places around the world, but France is still his favorite place to ski. Tignes is currently his home but he travels to other resorts like Val d’Isère, Sainte Foy, La Grave, and Chamonix to visit friends and spend time in other mountains. His bucket list of places he wants to ski includes Alaska, Japan, and Kashmir. Baetz’s influence on telemark not only comes from his organization of Black Shoes, but dates back to the 1990’s when he began skiing telemark halfpipe with David Vincent, a snowboarder who spent hours in the park. Baetz would experiment with riding switch as he followed Vincent through the park, testing and reinventing his limits.

When asked what he considers to be his biggest accomplishment related to telemark, switch riding and the organization of the Black Shoes Festival are on top of the list. “For the past 27 years my friends and I have been hosting Black Shoes. It started with about 50 people the first year and has grown to over 700 telemarkers spending the weekend in Tignes, sharing their passion. Every year we try to invite some of the best telemarkers in their specialty, whether they are racers, freestylers, big mountain skiers; that’s how I first met Josh Madsen.” Baetz explains.

“Telemark skiing is the past, present, and future of skiing. It makes everything possible with the same gear from cross country to freeride. It is the more stylish technique and makes everyone watching jealous. No, it’s not the easiest mode of skiing, but reaching the mountains has never been so easy. It’s why the people there are so friendly, wherever they are in the world.”