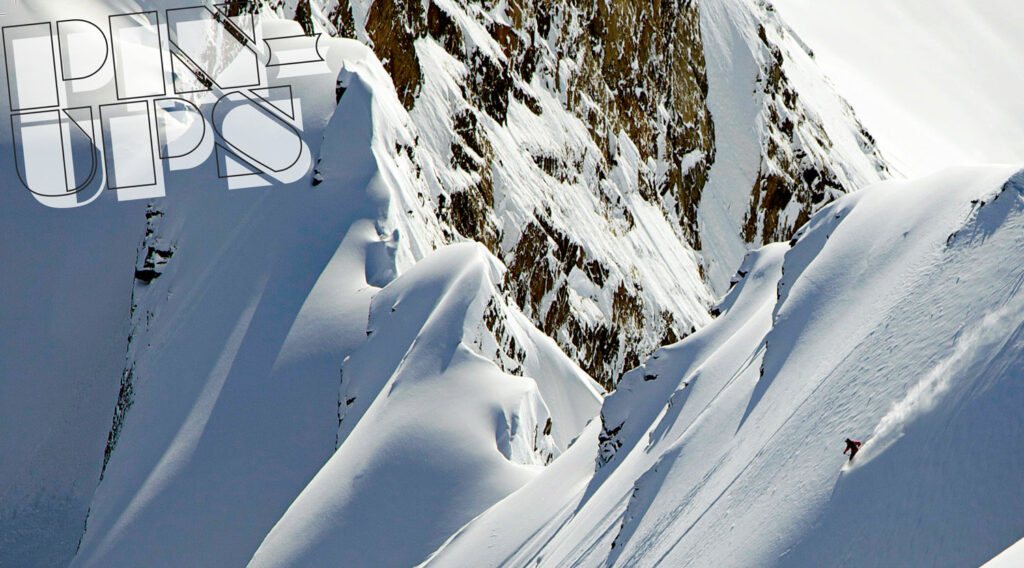 How Paul Kimbrough, the son of an avalanche forecaster, became the Telemark World Champion

It’s April in Alaska and Paul Kimbrough is dropping into the biggest line of his life, a narrow, diagonal couloir hanging like a piece of thread above a 300-foot high cliff band. If he makes one mistake or gets caught by sluff, he could be in grave trouble.

A week earlier, Paul, a 23-year-old with long hair, a couple of tattoos, and a degree in environmental education, won the 2010 Telemark Freeskiing World Championships, a big-mountain competition at Alyeska, Alaska. But he’s not thinking about his victory now; he’s focused on making it to the bottom of this nerve-shattering line. Paul’s already been caught in two avalanches in his life—one, in the Mount Baker, Washington, backcountry, took him for a 600-foot ride and barely spit him out on the surface. But if there’s anyone who was raised to be prepared for avalanche terrain, it’s him.

Paul’s dad, Tom Kimbrough, was a ski patroller in the Tahoe area for over 20 years. He was working at California’s Alpine Meadows when, in 1982, the ski area was hit with the deadliest avalanche in resort history, one that killed seven people. Tom later worked as an avalanche forecaster in Utah. “We used to drive up Little Cottonwood Canyon to go skiing at Alta and my dad was always pointing out avalanche paths. That rubs off,” says Paul, who grew up in Salt Lake City and started backcountry skiing when he was 12 years old.

And here in Alaska, that expertise Paul grew up with is coming in handy. He makes his way gracefully down the 50-degree chute, carving fast but controlled telemark turns above the hanging cliff of doom. The sluff releases slowly at first, but it quickly turns into a Niagara Falls of powder, sending a massive cloud of smoky snow tumbling over the cliff. Paul looks confident and even playful in his style, a tribute to his years hitting kickers in terrain parks as a teenager.

His confidence comes, in part, from his experience in big-mountain comps. In 2009, he competed at Alyeska’s World Championships with a broken left hand (he shattered it by smacking the wall of a chute in the Utah backcountry). The injury didn’t stop him from slashing the mountain in half the time it took everyone else, hucking a few cliffs along the way, and barely slowing down to sweep up a pair of goggles the competitor before him had lost on the venue. He placed third and won the coveted Sickbird award for outstanding performance. But it took Paul until 2010 to really shine in competition. In April, he entered both the telemark and alpine divisions of the Alyeska World Championships, a feat that required four 2,000-foot bootpacks in a single day (twice what most competitors would climb). Four times over, Paul hiked to the top of Alyeska’s Headwall and charged downhill with speed and guts. He launched the venue’s biggest cliff, a 30-footer, with poise and stability, and threw fast, knee-dropping arcs to the bottom. For his alpine runs, he kept his tele gear on, but didn’t drop a knee. The judges were impressed. “The fact that he was able to put down four runs, and that each scored higher than almost any other competitors’ that day, was seen as a major accomplishment by everyone involved in the competition,” says Nate Greenberg, the comp’s head judge. Paul won first place in the telemark division and second in the alpine division.

Fast forward a week, and Paul is in the Alaska backcountry, shooting footage for his appearance in Powderwhore Productions’s 2010 film TELEvision. At the end of the day, many hours after slaying the sketchiest line of his life, Paul is sitting inside an RV parked on Alaska’s Thompson Pass, drinking a microbrew and playing chess. “That was a big day,” he says in a laid-back tone. “Same thing tomorrow?” — Megan Michelson

*This article originally appeared in TS #16