Arizona Snowbowl has stepped up its game for this upcoming season, introducing the third new lift the area has seen over the past three years. The new Hart Prairie Dopplemayr quad lift will replace the existing Hart Prairie Riblet double chairlift originally installed in 1981. The quad has an uplift capacity of 1,800 people per hour, double that of the old chair, and gains 518 vertical feet in a span of 2,533 feet. The new fixed grip lift will seat four and features a footrest, padded seats, and restraining bar. In addition, the lift has a loading conveyor which will allow for a smoother and more efficient loading process and is the first of its kind in Arizona. 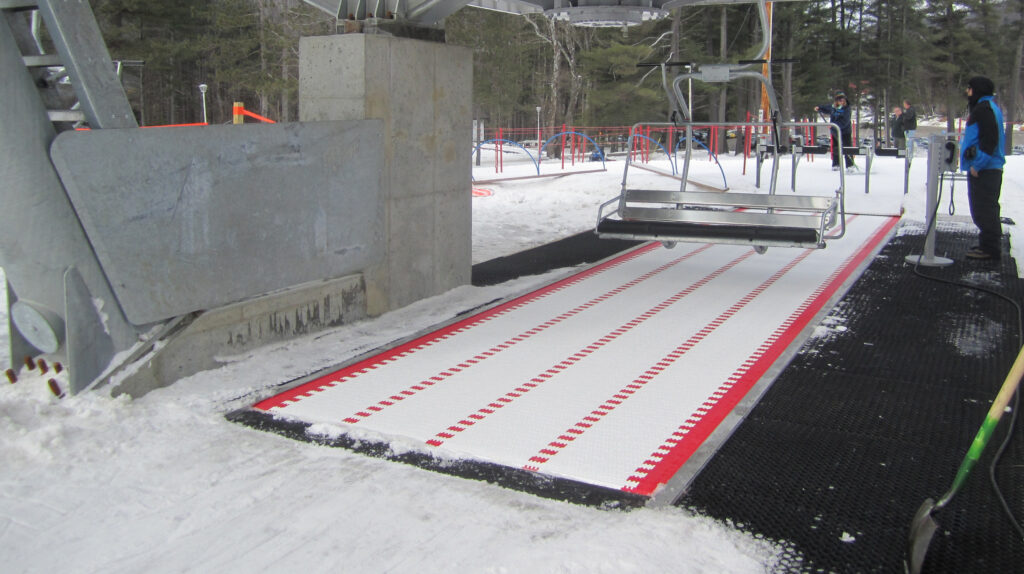 “The new quad chairlift allows families to ride together and enables ski instructors to ride with more guests enrolled in our ski and ride school programs,” commented J.R. Murray, general manager at Arizona Snowbowl. Murray also said the Hart Prairie beginner area is the best teaching terrain in the west and this new addition will cut time spent waiting in line, meaning more time spent skiing. The decision to install the loading conveyor was easy, Murray said, because it offers a smoother transition when getting on the lift which works well for beginners. “Conveyor technology removes anxiety and physical demands of getting on a moving chairlift, which makes it more fun and easier to ride,” said Murray.