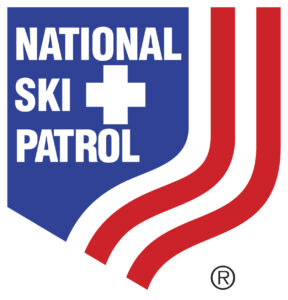 The National Ski Patrol (NSP), the largest winter rescue organization in the world, announced today that it has renewed its partnership with Mountainsmith, one of the best manufacturers of backpacks and lumbar packs. As part of the new partnership, Mountainsmith has created an outstanding new lumbar pack for patrollers, the Patrol Tour, which is designed specially for use on the hill by patrollers.

“We are very excited about our renewed partnership with Mountainsmith,” said NSP Communications Director Candace Horgan. “The new Patrol Tour is an outstanding example of our valued partnership and how it leads to the creation of products that best fit the needs of patrollers. This pack is built to withstand the abuse patrollers will put it through in the course of their day-to-day work, and includes very handy features, such as the two internal removable organizer bags for medical supplies, and the removable shoulder harness, which allows the pack to be carried more like a backpack for easier carrying when fully loaded.”

“NSP set out on this process in order to meet the needs of the snow sports industry and its changing landscape,” said NSP Executive Director John McMahon. “I feel this is the single most important step to ensure NSP maintains and grows its relevancy to the mountain resort industry.”

Mountainsmith was founded in 1979 to build durable gear that could withstand extended backcountry pursuits in the Rocky Mountains. Mountainsmith secured the first ever patent for a lumbar pack, and that technology has continued to grow and evolve and be incorporated in products like the Patrol Tour.

“Mountainsmith has enjoyed a philanthropic partnership with the National Ski Patrol for nearly a decade,” said Mountainsmith President Jay Getzel. “For the fall/winter 2016/17 ski season, we worked closely with their internal team and patrollers in the field to modify the iconic Mountainsmith Tour lumbar pack. We are thrilled to launch the Patrol Tour and provide a durable carrying solution for patrollers to easily access their emergency gear and ultimately facilitate the valuable service they provide to the ski and snowboard community across the country.”