MT. HOLIDAY SKI AREA IN MICHIGAN IS ONE OF THE FEW NON-PROFIT SKI RESORTS IN AMERICA

Profit. It’s the essence of any business. The goal. The objective. Skiing, like any other business, is driven by it. Tickets sales, lodging, ski school lessons and retail shops make up the economy of any ski area. But for Mt. Holiday ski area, a small ski hill along the shoreline of Lake Michigan, profit isn’t the objective. That’s because they are a 501(c)3 non-profit — the only ski area of its kind in Michigan — and they don’t receive funding from any state, federal or local government. 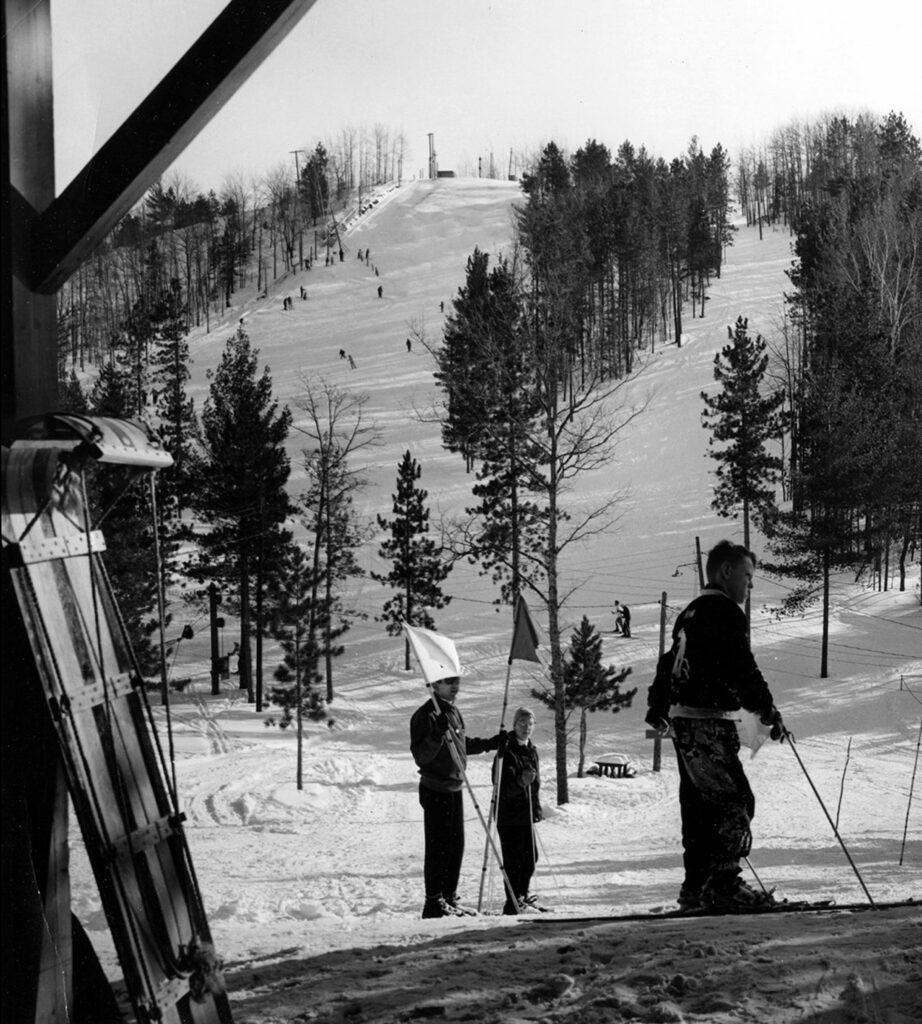 Mt. Holiday is nestled in a suburban neighborhood in Traverse City, five miles from the city center. Its slopes descend 180 vertical feet at the highest point into an almost basin-like base area that lies below a small lodge, which doubles as a cafeteria and a neighborhood bar. If you are thinking it’s the ultimate neighborhood to live in — one with a bar, a restaurant and a lift-served ski hill with day and night skiing — you’re right.

The mountain originally opened in 1949. It was the creation of a group of businessmen from around the Traverse City area. According to the mountain’s Food and Beverage Director, Michelle Konstanzer, “The area was created using volunteers, prison labor, services and donations.” Lift ticket sales, and other revenue generated through normal ski area means, were the legs upon which the resort stood financially. In 1985 the area changed ownership when Warren Brosch, a successful local businessman, and his wife purchased the area. Warren’s prior success in the area was in vending machine sales as well as the ownership of a well-known motel on the lakefront in Traverse City. Under their ownership Mt. Holiday added a number of features to the mountain including a hill for tubing and two additional chairlifts. Warren Brosch passed away in late 1999, the result of a bulldozer accident while working on the mountain. He was only 50 years old. The family continued to run the mountain in his absence, but eventually the situation led to the consideration to sell Mt. Holiday. In response, the local community came together and formed Friends of Mt. Holiday and eventually Mt. Holiday, Inc., a non-profit entity, with the goal of raising enough money to purchase and continue operating the mountain. Over 1.5 million dollars were raised through private donations, pledge calling and fundraising events. “Those fundraising events continue to be a tradition today,” said Michelle Konstanzer. “People come out of the wood work every year to help us continue this great place in our community.”

Michelle went on to explain, “The recreation area’s mission is to provide an environment for people of all ages, while focusing on disadvantaged youth.” They do this by offering 100 scholarships annually to young people who would not normally be able to afford skiing. They provide equipment rentals and lift passes in return for help around the mountain. “That could be anything from pre-season cleanups to wiping tables down on a Saturday afternoon,” she said.

Mt. Holiday seems to have it all: beer, rail jams and great food. You might even catch a few runs with Marc Frick, the Board President of the non-profit. He just so happens to be a telemark skier himself.

*This Originally appeared in TS #20