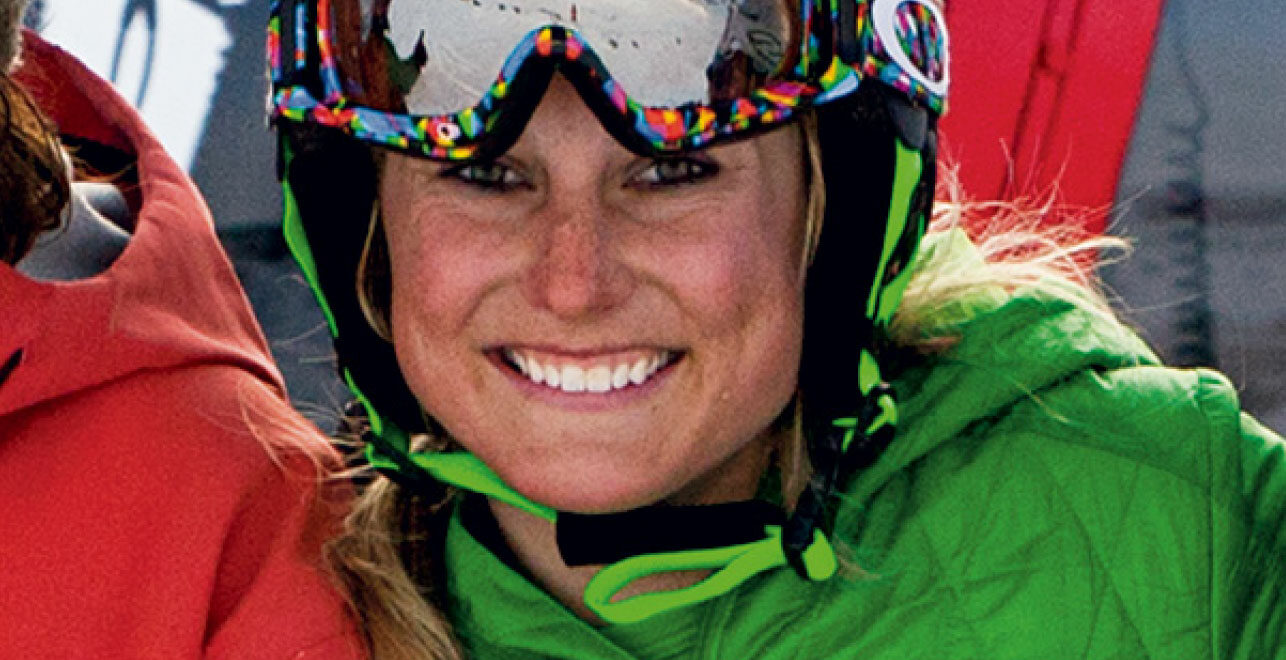 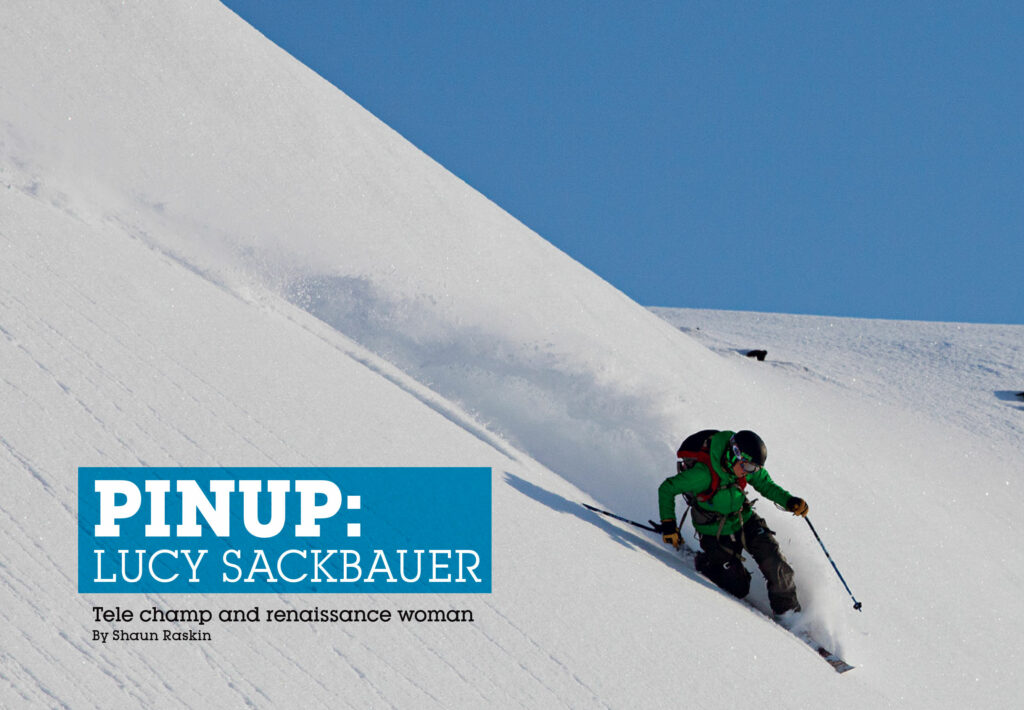 Perspiration—the sign of the hard work it took to get to the top—now sends a cold dampness down her back. With fresh snow underfoot, she clips into her bindings, stands up and peers over the ridge at her line.

Now, 21-year-old nursing school student, Lucy Sackbauer, a self-proclaimed resort skier, has found herself ranked among the top three female competition skiers in the world. She was invited to the Tough Guy Productions World Telemark Freeskiing Championships, and she is about to ski the biggest lines of her life.

Growing up in Vail, CO, Lucy was no stranger to big mountains and hard charging. She learned how to ski by age two; by ten, she was lacing up her first pair of leather tele boots for a fifth grade hut trip. She joined the Vail Mountain School Telemark Team and started competing during her freshmen year of high school. It was the beginning of her journey to becoming the World Telemark Freeskiing Champion. 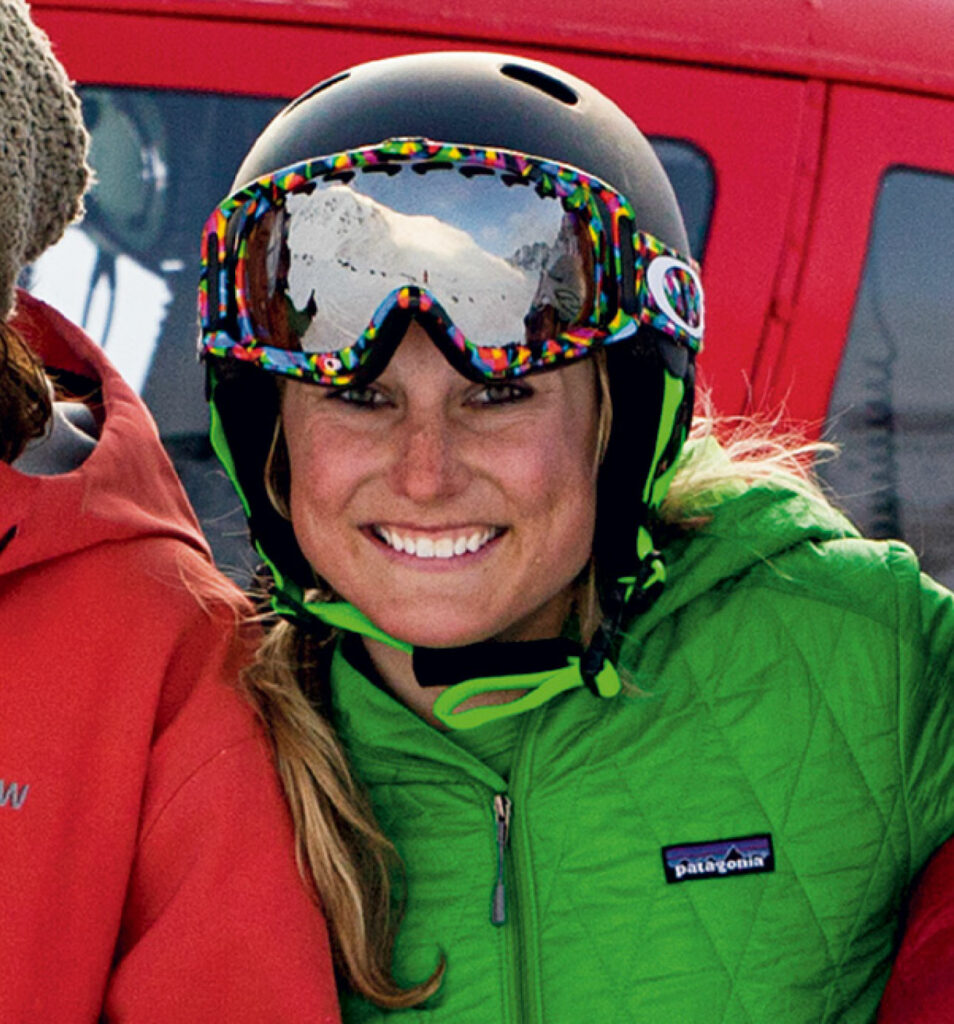 Lucy is no ordinary competitor. In fact, she never really characterized herself in that light. “I never really focused on the competitive aspect,” said Lucy. “It was always more of a social thing for me. I love being there and getting to ski with other girls that rip!”

You will not find her at the latest movie premiers or standing in line to meet her favorite ski heroes. Instead, as she puts it, “I’m kind of behind on the times of knowing names of people in the industry, but I do look up to a lot of the girls that I competed with this year.”

Between competing and attending the nursing graduate program in Denver, she really doesn’t have much time to pay attention to the industry trends that surround her. “I ski because I love to ski, and I ski for me. It’s not for the camera or sponsors. Not that I have footage or sponsors,” she jokes. “The only thing I really know about skiing is how to ski. I don’t know many brands, skiers, movies, etc. I still don’t understand rockered or pre cambered skis. My favorite part of skiing is being up in gorgeous places with good people and just having fun doing what I love.”

As a full time student and resident in a city that is two hours from skiing, finding a balance between her love of dropping a knee and school is a real challenge. “I got really lucky this semester with the comps being on weekends,” she says. “Luckily my teachers are really understanding. But I am probably one of the only [competitors] bringing huge textbooks to each event. It’s been tough. It’s tough to be around a lot of people who are living the ski bum lifestyle while I try to finish up school.”

Lucy’s fast, graceful and confident style suggests she grew up skiing big backcountry lines, but it’s actually quite new to her. Prior to the World Telemark Freeskiing Championships up in Alaska, Lucy never saw a need to hike to the top of mountains. “It was just awesome being out with the group and skinning to get to my lines. That was really something I didn’t think I needed to do. This trip totally opened my eyes to the fact I can get to some pretty sweet stuff on my skis.”

Lucy hopes to inspire the industry and the next generation of skiers to change their perspective. She aims to, as she says, “bring a little more pink to the telemark world and show that it’s not just for old men.” Lucy’s fresh perspective is what truly sets her apart. And with her attitude and abilities, anything is possible for Lucy Sackbauer.