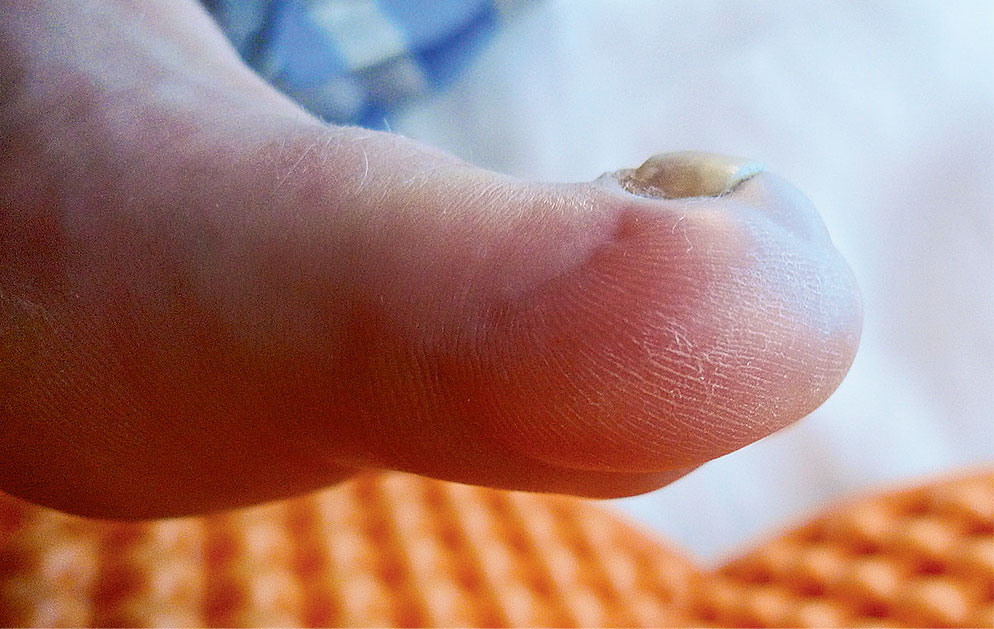 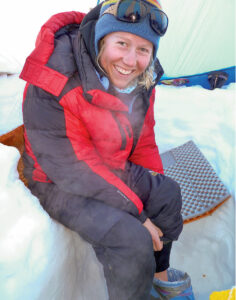 Last April, Paige Brady, fresh off her victory at the 2010 Telemark Freeskiing World Championships at Alyeska, Alaska, flew into the Hayes Glacier in Alaska’s Tordrillo Mountains. She went with a couple of friends to spend a week backcountry skiing from a base camp. Toward the end of their trip, they got back to camp at around 10 p.m. after a long day of skiing. “We had amazing weather. It wasn’t too cold during the day, but as the sun crept behind the mountains, the temperatures started to drop,” Paige says. “I knew my feet were cold, but not that cold.”

The next day, her toes started to swell and she had difficultly getting them into her already too-tight telemark boots. “When we got back from a short ski, I took off my boots and the skin of my big toe looked like big deflated blister,” she says. “About 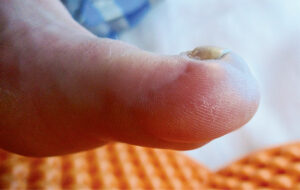 15 minutes later I looked at my foot again and sure enough, there was a massive blister.” Her friend Zach, who’d suffered from a frostbitten foot seven years earlier, helped Paige build a footbath with a Ziploc bag, some foam padding, duct tape, and warm water. She wasn’t able to ski again for weeks but at least the warm water prevented the damage from getting any worse. And it looks like Paige will be shopping for new ski boots soon: “I knew my ski boots were too small,” she says, “and I feel stupid for not doing anything about it.”