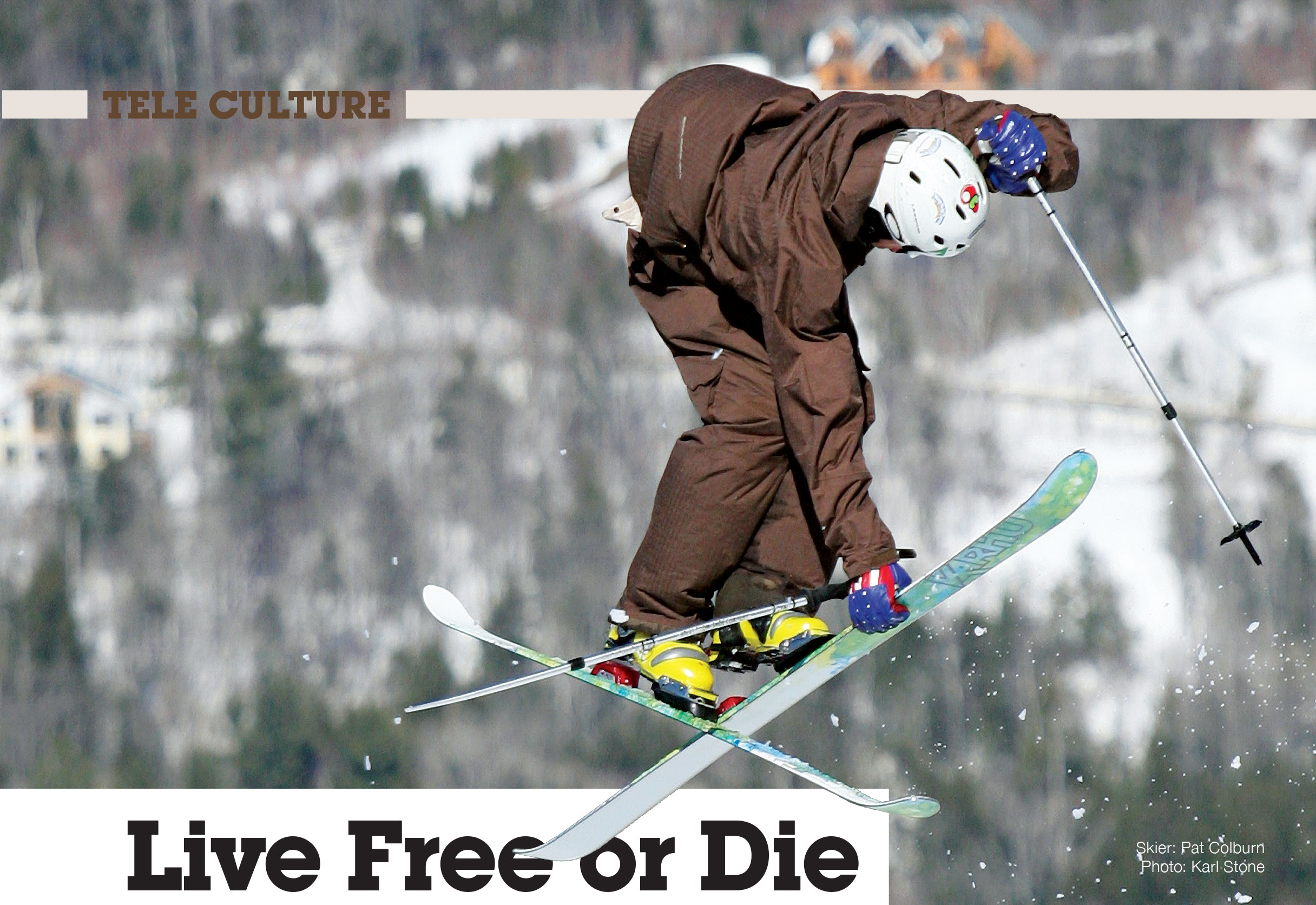 Once you get to this rest stop all bets are off. State Liquor Store the letters read, and in smaller letters, State Safety Rest Area. On winter mornings, the pilgrims traveling north-bound are skiers. Young men pull ski pants on over designer jeans, and older men are already dressed in one-piece suits. New Hampshire’s skiing culture is rich and unrefined. Hardpack battle scars and Gore-Tex dinner attire are just a couple trademarks. When you head into New Hampshire this winter, check out these four gems we’ve uncovered.

LOON MOUNTAIN – LINCOLN, NH
With unpredictable winter weather that often includes rain, New Hampshire parks have hardpack snow surfaces and icy landings. Young skiers eat it on rails then boldly display bruised elbows and knees. Battlescars are a testament to dedication and street-cred as an east coast skier. Skiers hike in sweat-soaked tall-tees underneath oversized jackets, but they aren’t all show. More than a few can produce big air and big tricks. Loon is home to great skiers and a remarkable park crew— the only east coast crew invited to Mammoth Mtn., CA to participate in the building of Mammoth’s summer Superpark.

MOAT MTN SMOKE HOUSE – NORTH CONWAY, NH
New Hampshire takes its drinking seriously. The Moat Mountain Smokehouse and Brewery is no exception. Full of people wearing local resort jackets, you will feel comfortable in Gore-Tex pants and stinky baselayers, and you are sure to hear “How ya doin?” from the locals as you approach the bar. Be sure to try the pulled pork sandwich and chase it down with one of the Moat’s seven microbrews. If you pay your dues long enough you too can have your own mug that hangs from the barroom rafters.

BLACK MOUNTAIN – JACKSON, NH
Black Mountain brings you back to the roots of New Hampshire skiing. Black doesn’t have huge vertical, high-speed lifts, or massive terrain parks. However it does have a twentynine dollar lift ticket that buys you small cliffs to drop and powder in the trees—still untracked two days after a storm. The woods above the baselodge contain some sap collecting lines that the local Davis Family uses for their maple sugaring operation. You can check it out for yourself, but beware of the barbwire fences in the trees. Live free or die, and ski where you want, just know you might end up with a victory slash on your pants in the process.

MT. CARDIGAN – NH BACKCOUNTRY
The few backcountry ski spots in New Hampshire are sacred, so locals fiercely protect their favorites. A good place to start your explorations in the NH Backcountry could be the skin track from the Appalachian Mountain Club’s Cardigan Lodge, up the Duke trail, and to the Summit of Firescrew Mountain. Then it’s a quick juant across the Mowglis trail to Mt. Cardigan. From the summit you can find some of the best private pow stashes in Cardigan’s low angle backcountry before descending