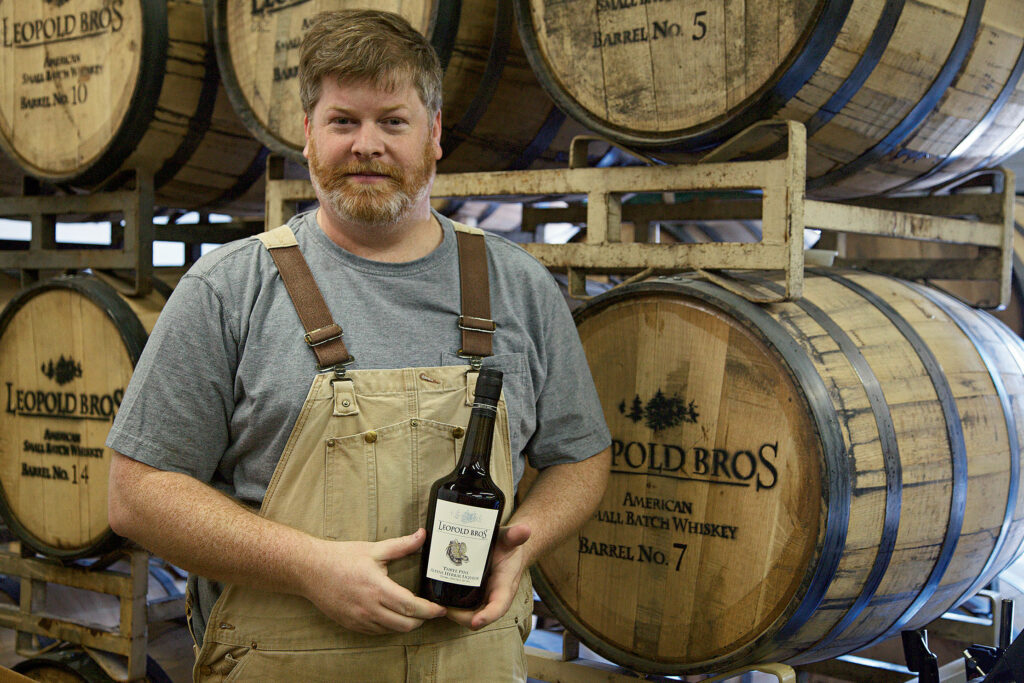 When you walk into Leopold Bros, a small batch whiskey distillery located in a warehouse in east Denver, it smells like a mix of fermenting compost and sweet peach juice. Inside large metallic vats they are fermenting corn, rye, and barley, which will be distilled twice, stored in oak barrels, and eventually bottled and hand-labeled as whiskey. Todd Leopold, who owns the company with his brother, Scott, is wearing brown Carhartt overalls and peering into a tub of grain mash cooked to 144 degrees. “We have an old school way of doing things,” he says. So it’s only fitting that Leopold Bros would make a bottle of booze called Three Pins Alpine Liqueur, an all-natural Jägermeister-style alcohol that has a leather telemark boot on the label and is marketed as an après-ski drink.

Three Pins has a vodka base, made from potatoes and wheat, and is then mixed with cane sugar, Colorado peach juice (to add color, sweetness, and an all natural thickening agent), and over a dozen herbs including echinacea, ginkgo biloba, cloves, coriander, cinnamon, citrus, and lavender flowers. “We tried to find herbs that grew above tree line,” says 40-year-old Todd. “And we looked at plants that are said to prevent altitude sickness.” The idea 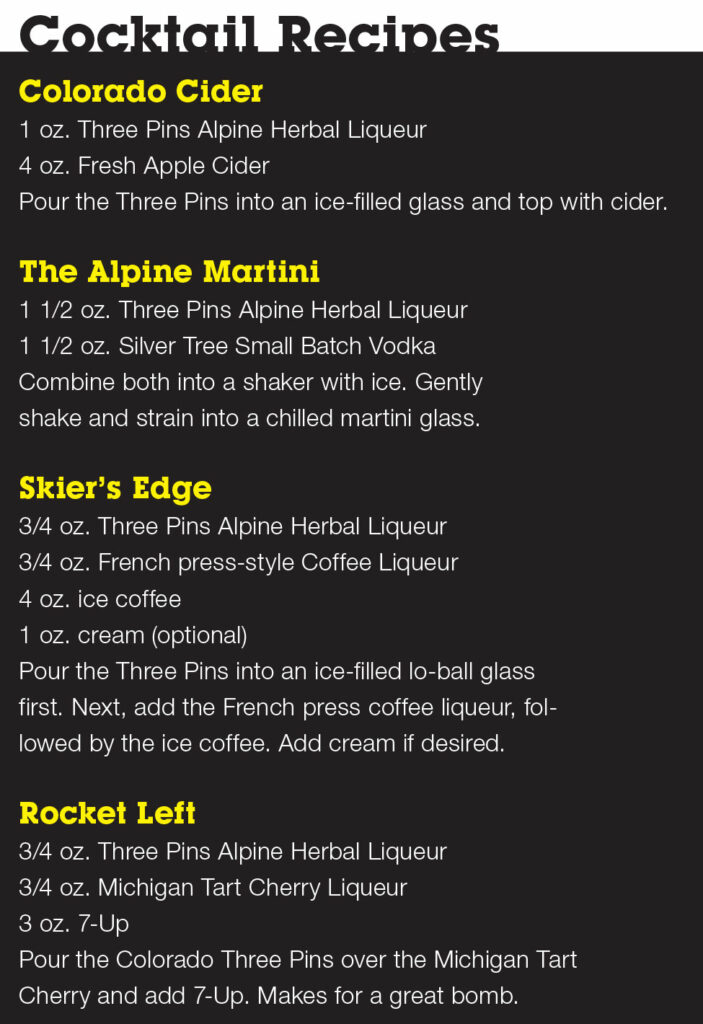 , of course, is that you’d sip this sweet-tasting concoction after a day of skiing. You can drink it neat or mix it with hot cider, tea, ginger beer, or gin (for more drink recipes, see box). “A lot of people have been drinking the same après-ski shot forever,” says Todd, referring to but not mentioning by name the Jäger shots skiers are known for consuming. “We wanted to make something different.” 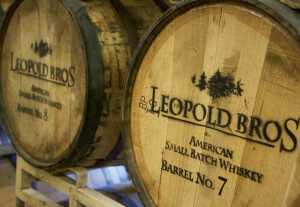 So how did two brothers from Colorado, who grew up telemark skiing the Rockies, end up as award-winning distillers? Todd studied at a brewing school outside Munich, Germany, and Scott earned his master’s in environmental engineering at Stanford. The two combined forces to open Leopold Brothers in 1999 in Ann Arbor, Michigan, as the closest bar and distillery to the University of Michigan’s football stadium. In 2008, they moved back to their hometown of Denver, and now they produce 10,000 cases of spirits, making them one of the largest micro-distilleries in the country. They pride themselves on using all-natural, local ingredients (even the grain is shipped in from right down the road in Denver) and being as environmentally conscious as possible, producing a limited amount of wastewater, doing pollution prevention, and using all-natural glues and inks in their packaging.

Three Pins, which they’ve been making since 2003, won a silver medal at the 2007 San Francisco World Spirits Competition (Chartreuse took the gold). You can get it everywhere from Vail to Tahoe to Grand Targhee, Wyoming. “You’ll find bartenders mixing drinks with our Three Pins liqueur pretty much anywhere you can ski in the West,” says Todd.

For a list of bars and liquor stores that sell Leopold Bros’ Three Pins Alpine Liqueur or to order online, go to leopoldbros.com.