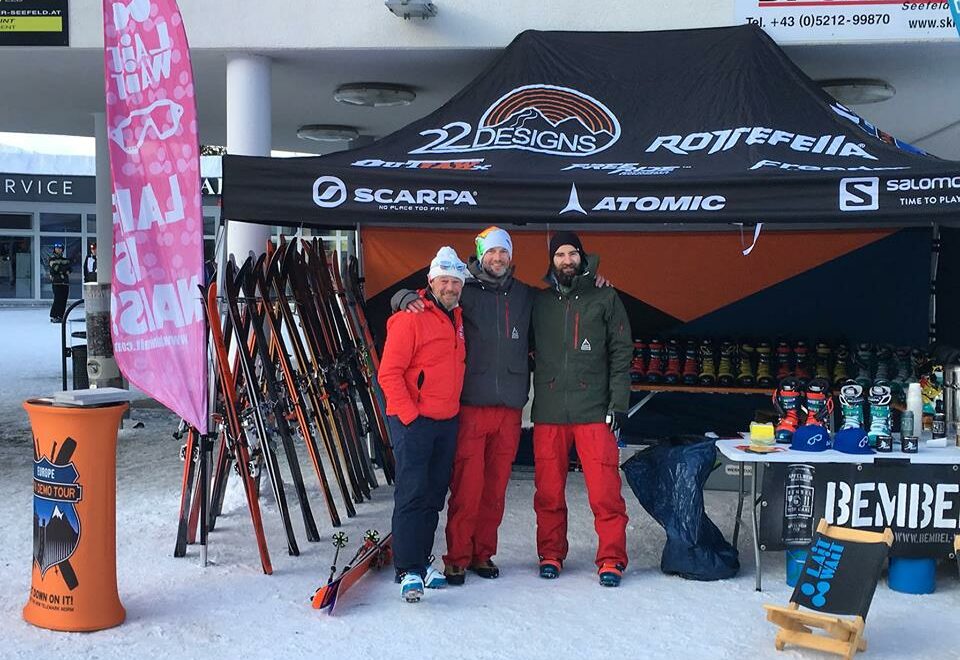 On January 19-20, the first stop of the second annual European NTN Demo Tour, Bergbahnen Rosshütte Seefeld, Austria had over 50 participants demoing New Telemark Norm (NTN) gear on the mountain. “Many of the testers came especially because of us,” said Swen Kunert, who is heading the tour. “We had really good feedback and people were happy! Many testers were grateful to have the chance to try the different bindings.”

This is the second year of the NTN tour in Europe. It focuses on traveling through several ski areas in hopes of showcasing NTN to telemark skiers seeking to try and buy the new norm in telemark boots and bindings. “We are really happy with the results from last year’s tour and excited to do another round this year to ensure people have the opportunity to try out NTN technology,” said Chris Valiante of 22 Designs.”

The tour marches on to Hochfügen Zillertal, Austria the weekend of February 2-3 followed by 11 additional spots selected throughout Europe.