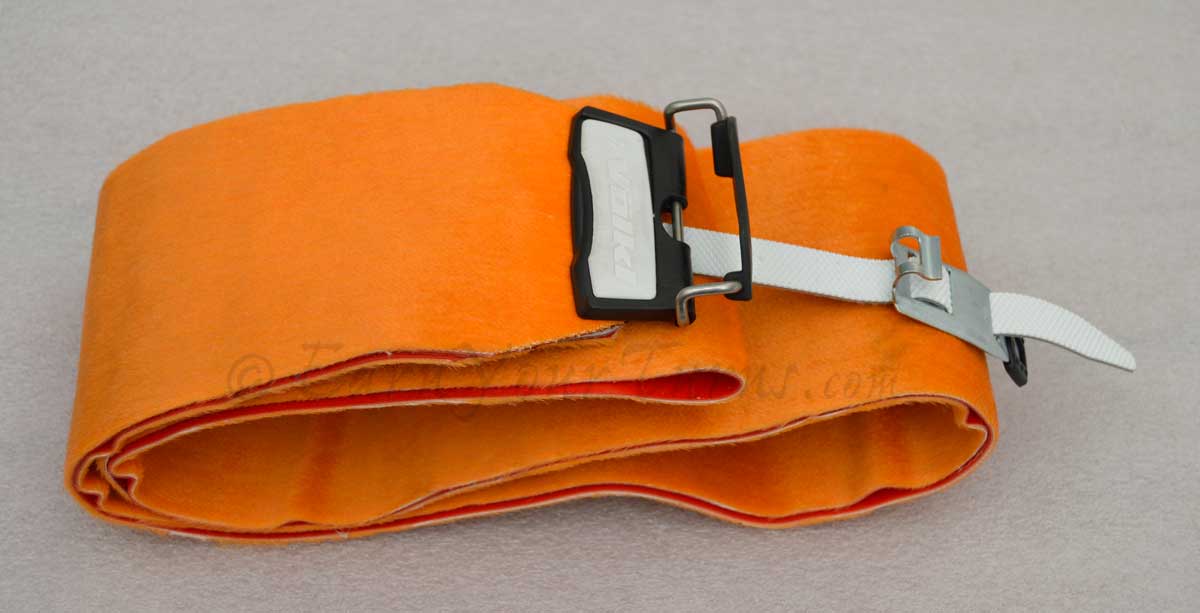 Volkl’s new Vacuum climbing skins are the first skins to be marketed by an alpine ski company that you should really take a closer look at. In the last few years Volkl has offered skins to go with their lighter weight Nanuq and Nunataq skis. Those skins use a traditional glue that relies primarily on tackiness to stick to the bases of skis. This year Volkl goes all in for the backcountry by adding their BMT series skis to the mix along with climbing skins using a silicon-based adhesive that, barring unforeseen complications, are poised to revolutionize the reigning skin glue paradigm with a formula that is easier to manage.

No doubt you have noticed that as the width of your skis has grown steadily, the strength needed to deal with climbing skins has grown too, not linearly, but geometrically. In simple terms, fat climbing skins are a royal pain to deal with, whether peeling them apart after storing, or trying to apply those stupid skin saver strips on a windy ridge after a climb.