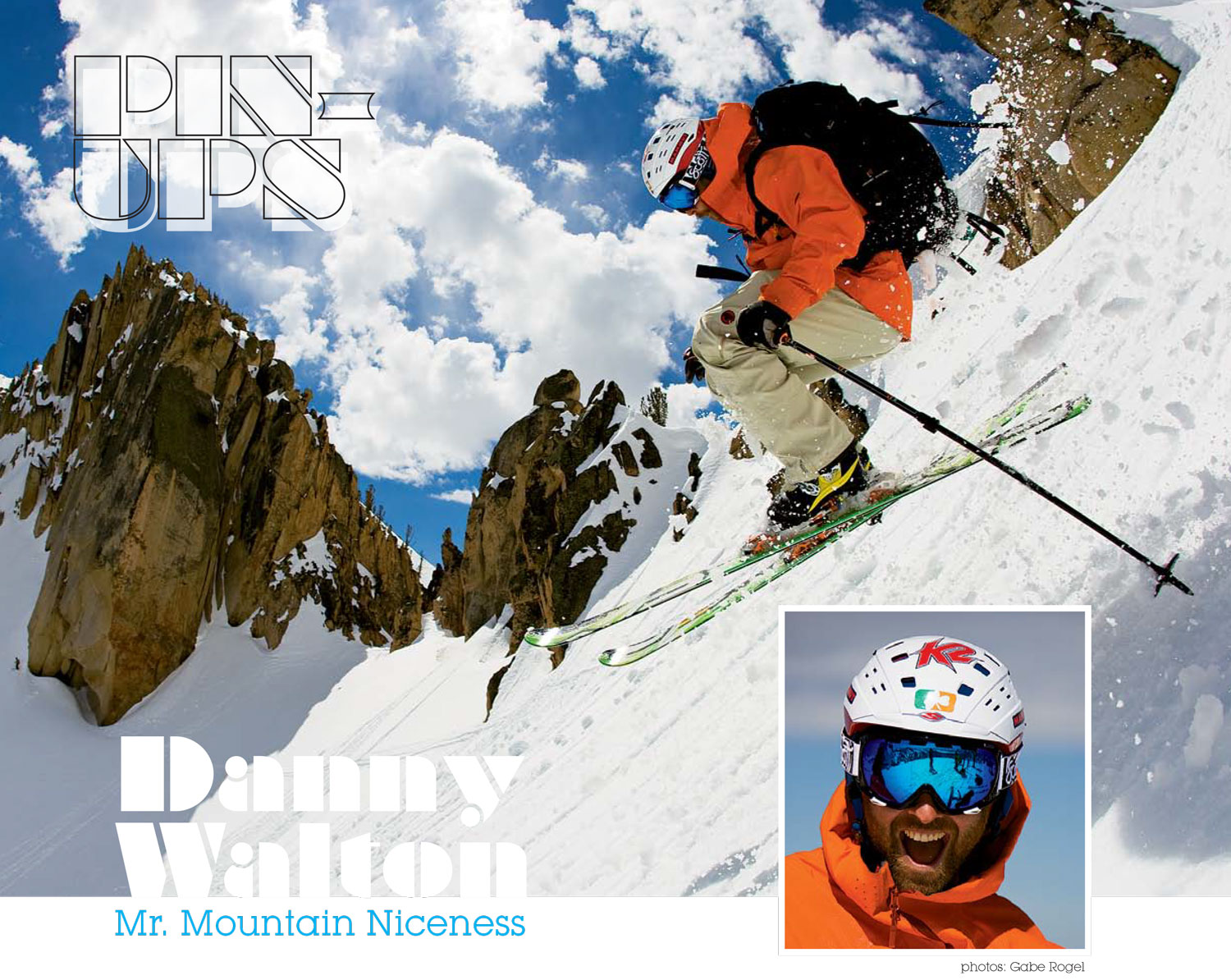 Danny Walton has come a long way from his fish scale tele turns on the golf course in Cleveland, Ohio back in 1987. He made his first on-piste telemark turns at Holiday Valley, NY in winter of 1992. In 1997, Danny graduated from Ohio University and moved to Sun Valley, Idaho to spend “just one winter as a ski bum.” He fell in love with the lifestyle and quickly became one of the iconic personalities of the telemark movement through organizing events, teaching lessons for free, hosting festivals, filming and riding for the Grand Targhee Freeride Team.

When he’s not pushing the passion of his favorite sport by touring high peaks in the Idaho backcountry, he’s pushing to develop a true love of telemark skiing within each individual that he teaches. He offers free lessons throughout the ski season at Sun Valley for anyone willing to learn. What better way to pay it forward than to get others addicted to the tele dance?

He spreads love in other ways as well, such as his wildly successful reggae festival: “Marley in the Mountains” (www.marleyinthemountains.com) at the end of February every year in Ketchum, ID. At this festival, tele dirtbags will be happy to know that for only $5 you can hear world-class reggae acts such as Asante Groove, Lions Den Sounds Unlimited, DJ Vision, and African Abstract. For the last seven years, Walton has served as Director of the Sun Valley Telemark Series where he organizes events. The Sun Valley Telemark series is the oldest continuous series in the nation, running for an impressive 31 years.

“It was a really positive experience from the first event I attended,” Walton says. “After attending events for years, I wanted to give back and put some energy into these fun events. Sun Valley has a great tele crew. We have events each month with different formats. The highlight is the Hawaiian Nationals in the spring where 200 stoked freeheelers rip and gig!”

An ambassador to the sport of telemark, Walton also serves as an advertisement for Idaho’s mountains, filled, he says, “of countless lines where you want ‘em and no lines where you don’t.” In the backcountry from the Sawtooth Mountains to the Tetons behind Targhee, there aren’t many ranges in Idaho that Danny has left unsigned. And in the frontcountry he’s the frontman for the sport, earning the moniker “Mr. Mountain Niceness.”

“Mountain Niceness is the good positive vibes that come from our time celebrating life in the beautiful outdoors,” he says. “It comes in many forms: observing nature, getting face shots, sitting in a hot spring.”

One thing is for certain: With Danny Walton on the telemark scene there will always be enough Mountain Niceness around to fuel everyone’s stoke. Thank you Danny for celebrating the Irie in us all.