Crispi Making The Push To Be The Best In The U.S. 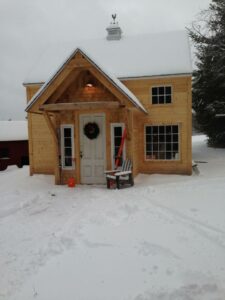 The Fey brothers are synonymous with telemark skiing when it comes to the east coast of the United States. They are running one of the most successful online stores for telemark gear right now and are always on the road with the largest demo fleet on the right coast. On top of all of that, they are the North American distributors of Crispi telemark boots. We caught up with them to get the lowdown.

TELEMARK SKIER: Tell us a little bit about Telemarkdown.

TELEMARK DOWN: Telemarkdown is a website that serves our two ski shops which are committed to freeheel skiing. One shop is in Connecticut and the other in New Hampshire. My brother and I began our site in 1999, focusing on price and personal service.  The site has grown well and our two shop locations are centrally located for New Englanders to visit. We also have the largest Telemark rental fleet in the East which gives us the ability to let people test gear and the sport if they’re new.

TELEMARK SKIER:  How did the opportunity to become the North American distributor of Crispi happen?

TELEMARK DOWN: We were the largest sellers of Crispi Telemark boots in the U.S. for 10 yrs and when Alpina and Crispi split ways in 2012, we decided to raise some money and begin a new distributorship in the U.S.; Summitcone Sports was conceived.

TELEMARK SKIER:  Why Crispi over other telemark boot brands?

TELEMARK DOWN: We began skiing Crispi in 1998, and we instantly felt they had a special feel, great fit, and performance. Equipment has changed a lot since ’98 but Crispi has always had a loyal following. They’re also very committed to Telemark, so it was a natural fit for us. 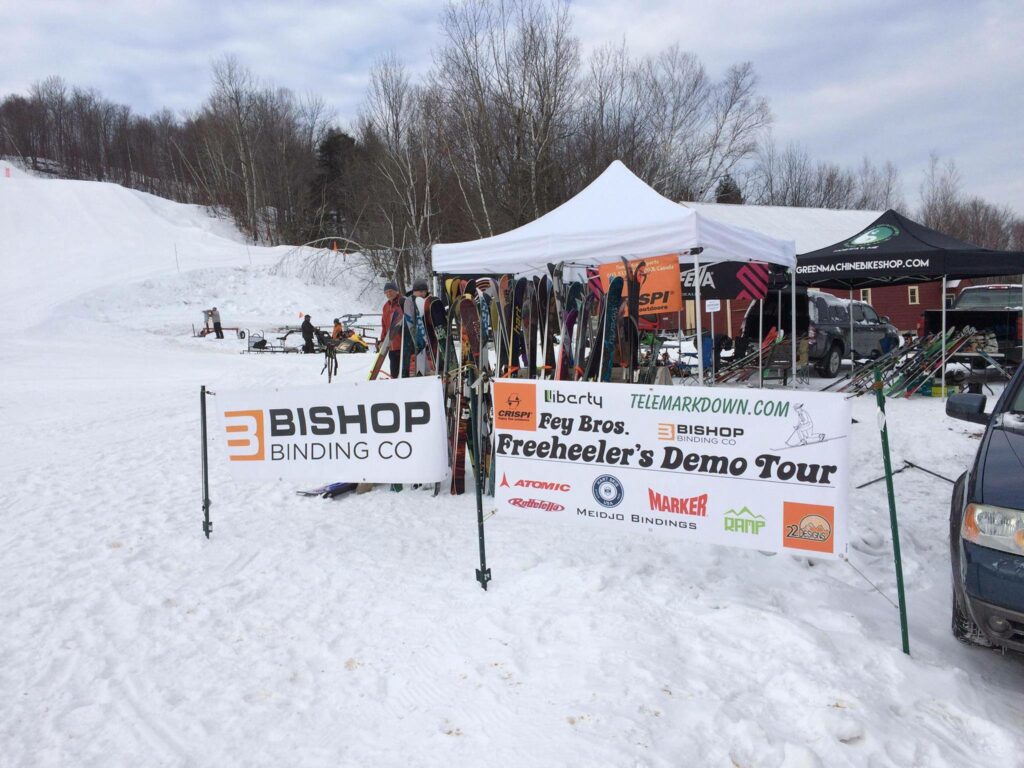 TELEMARK SKIER: What types of things are you doing to help push Crispi further into the U.S. market?

TELEMARK DOWN: Advertising and recommendations are great, but we’re pushing the Crispi line on the mountains with an extensive Demo Tour and match them with our demo fleet of over 40 pair of skis and bindings. People want and need to test boots to be persuaded to change brands and this is the best way to do that. We’re also keeping prices very reasonable to help people get into Telemark within a budget.

TELEMARK SKIER: Where do you think the future of telemark skiing is going?

TELEMARK DOWN: I believe we’re seeing the next surge for Telemark with the newer NTN equipment — bindings with releasability and step-in features. AT has done well the past 5 years and is obviously the easiest way for an alpine skier to transition into backcountry; but what Tele skiers already understand is the fun and euphoria comes with the Tele turn and while the alpine turn is surely efficient, it’s nowhere near as much fun as the full body experience the Telemark turn gives. Now with the new equipment, the future is very bright for Tele.

TELEMARK SKIER: How does the East Coast telemark scene differ from other parts of the country?

TELEMARK DOWN: The East Coast Tele scene is very tight-knit and passionate.  I suspect that, especially at the smaller ski areas, most skiers try Tele as a way to make running laps on their little hills more exciting and challenging and it definitely works. But for some reason, the East really connects with Telemark and I’ve gotten this same vibe from skiers in Michigan too. If you go to a mountain and connect with a local Tele skier there, they’re going to want to show you around their scene, take you into their secret glades and generally show you a good time. It’s a real sister/brotherhood, and you feel that at the Telemark Festivals and demo days here. 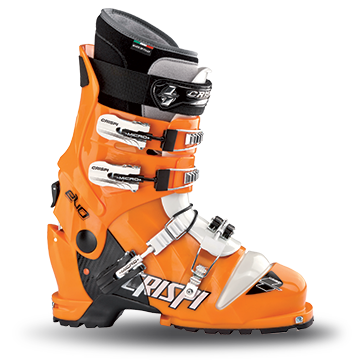 TELEMARK SKIER: What types of changes can we expect from Crispi this upcoming season in N. America?

TELEMARK DOWN: Crispi has a lot going on with their Tele line in the next couple years. They’ll continue to make their 75mm boots in both plastic and leather for backcountry, but their NTN line is what’s really getting skiers excited for the next generation. The World Cup is the best performing NTN Telemark boot available now but for those who want a slightly softer flex, the Evo and Shiver are great options. In 2015, Crispi introduced a new World Cup boot and it instantly became ‘the boot’ for the expert skier; no other boot can drive a ski on edge like them. The Crispi bellows are the primary difference and advantage over other manufacturers. An active binding like the FreeRide or the Outlaw needs a boot with equivalent power and mushy bellows are very disappointing, frustrating and ultimately kill performance. This year’s Crispi line includes the XP and XR for 75mm and the Shiver, Evo and World Cup for NTN. This line up is super strong and Crispi is all-in on their Tele line and will be working on some cutting edge boot designs for the 2018 season.