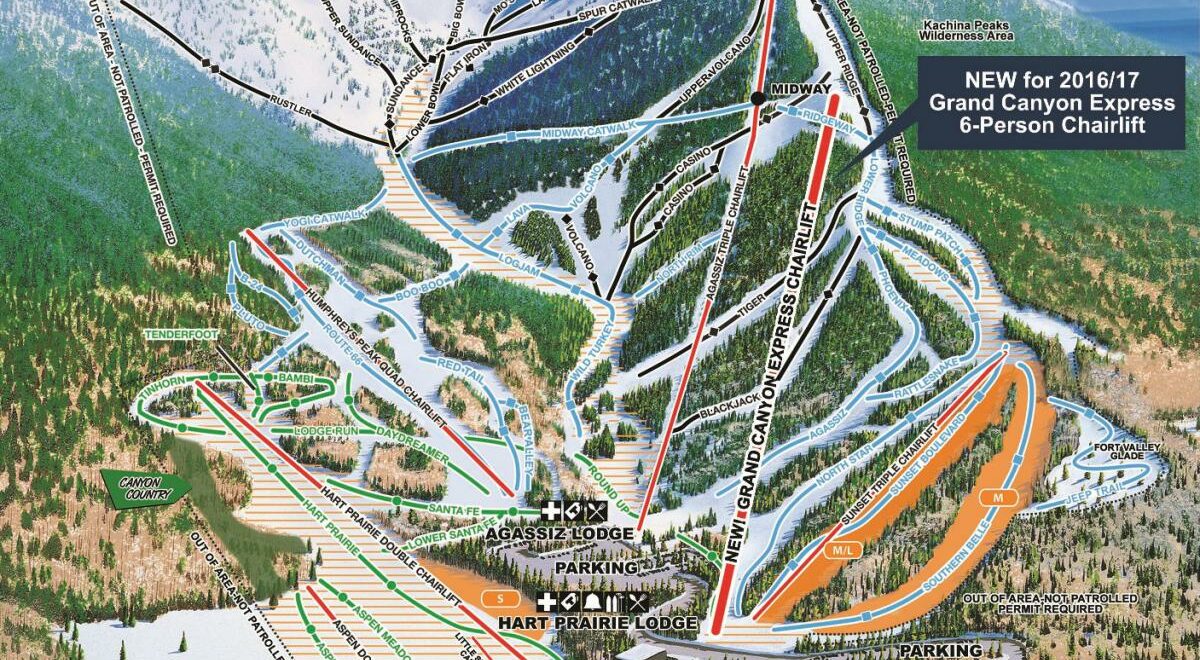 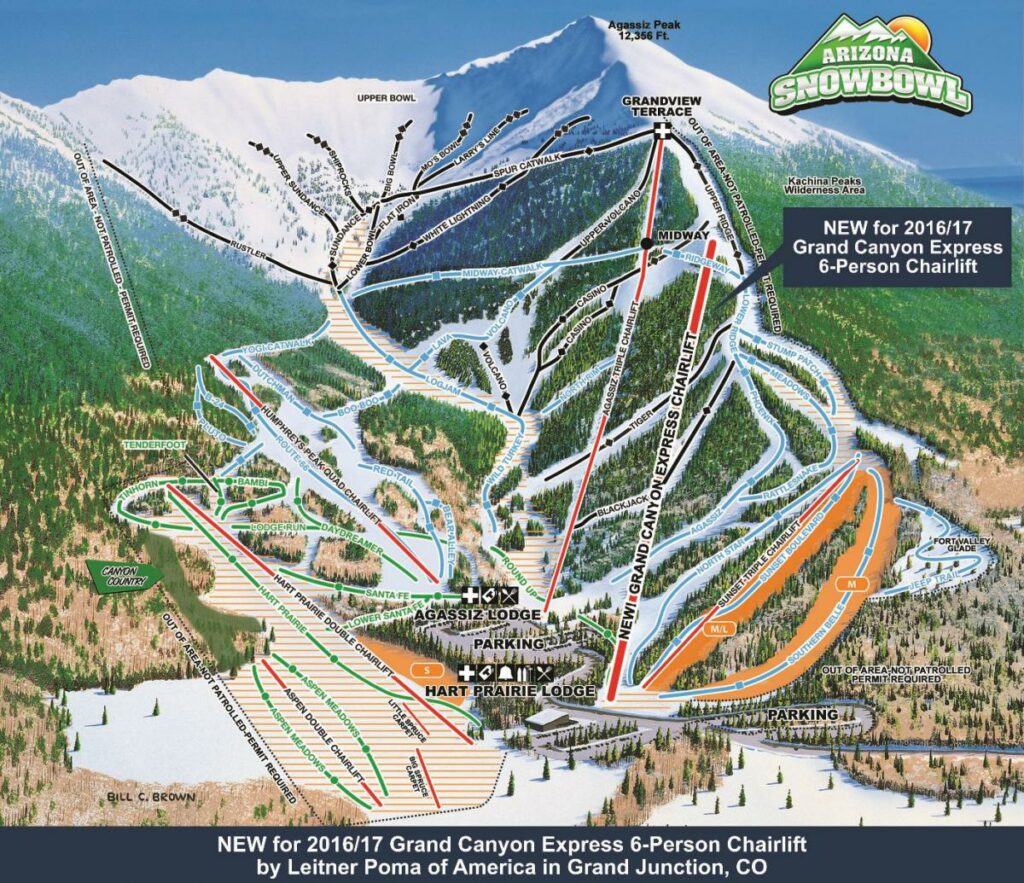 Arizona Snowbowl has announced it will be the first ski area to open in Arizona on November 11, 2016. They will open with $10 million in capital improvements as well as a season pass with unlimited access to their mountain, Purgatory, Sipapu and Pajarito.  You can find out more about the Power Pass HERE.

Snowbowl will also offer Arizona’s first high-speed 6-person lift this season called the Grand Canyon Express. Construction crews are currently on site, excavating the new tower and terminal footings. “Later this month, a helicopter will bring concrete and lift towers, and the new lift will be open for the upcoming winter,” says a representative from Snowbowl.

The Grand Canyon Express is appropriately named because one can see the Grand Canyon while riding the lift. It is over a mile long and transports tele skiers 1,546 vertical feet. The 6-minute high-speed ride will take guests to nearly 11,000 feet in elevation where they will have access to some of the mountain’s best intermediate and expert terrain.

In addition to the new high-speed lift project, mountain crews are expanding existing trails from the summit of the Grand Canyon Express including Upper Ridge. Arizona Snowbowl is also adding a new trail from Agassiz Lodge to the bottom terminal of Grand Canyon Express with additional tree-glading in areas near White Lightning, the North Rim area below the new lift, Sunset Blvd. and Southern Belle.