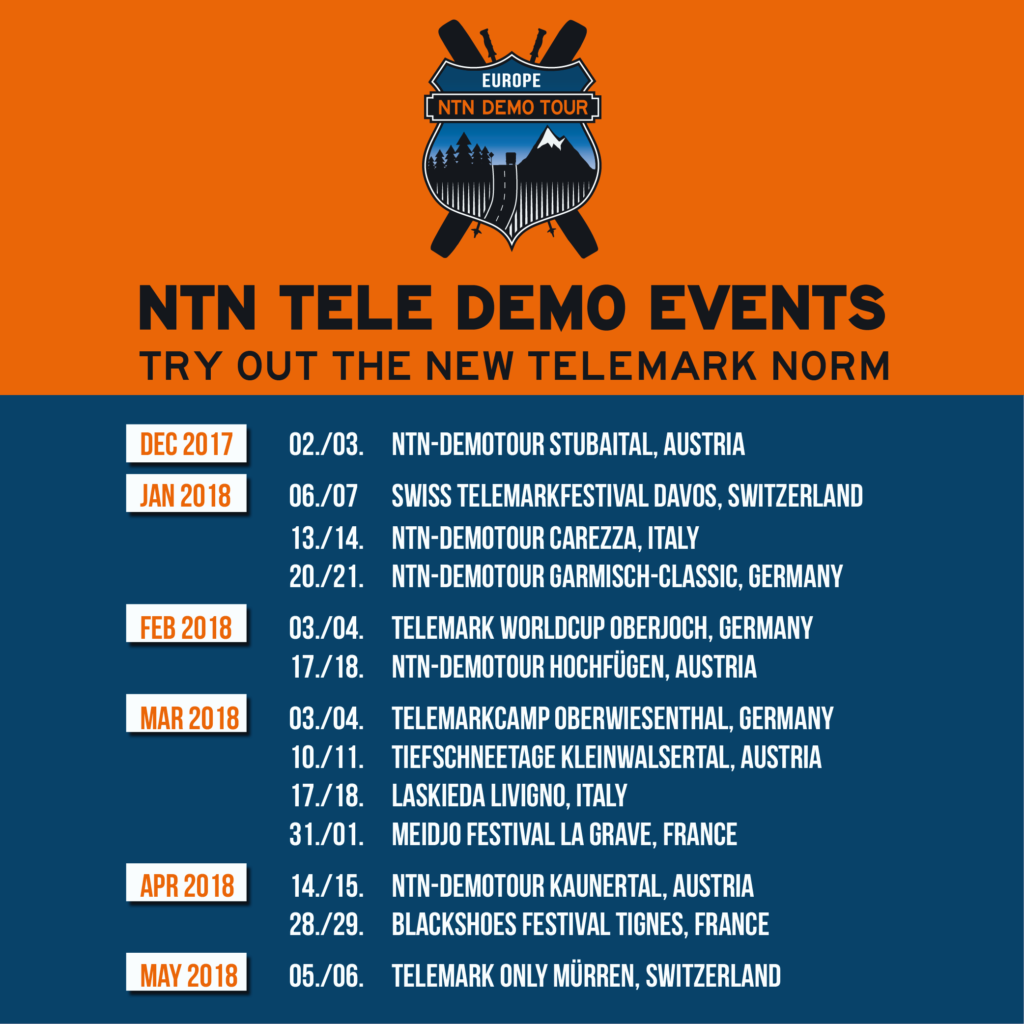 During the 2016-17 snow season in North America, 22 Designs set out on an ambitious tour, taking their new Outlaw NTN bindings to nearly 15 different resorts around the western United States. “Due to the success of the North American NTN Demo Tour last year, the tour is heading over to the Alps for 2017-18,” said 22 Designs owner and engineer Chris Valiante. The European tour will feature boots from Scarpa, skis from Atomic and Salomon, and bindings from 22 Designs and Rottefella. Additional tour support is being provided by Maloja, Telemark Skier Magazine, Freeheel Life, Lait Wait, and Bembel With Care.

The tour has announced 14 weekend stops for a total of 28 days on snow covering all of the Alps: Austria, Germany, Italy, Switzerland, and France. Tour Manager Swen Kunert, who will be traveling the continent in a VW camper van, said, “I’m super excited to bring the tour to skiers throughout Europe, and to visit the greatest telemark festivals on earth!”

Telemark skiers who demo will also be entered into a grand prize drawing to win a full NTN setup at the conclusion of the tour including: demo skis with bindings, boots, outerwear and more.

“The tour is designed to expose NTN to as many skiers as possible, whether experienced with telemark or not,” said Valiante.

The tour begins this weekend in Stubaital, Austria.