The United States Telemark Ski Association (USTSA) announced the rosters for the 2017-2018 US Telemark Teams. There are three team levels with three top racers named to the A Team, 14 named to the B Team, and another four to the Development or D Team.

Three veteran team members will fill the A Team this year and will be competing for the contested title of fastest US male racer. Cory Snyder, Tanner Visnick, and Jeffrey Gay will compete in at least one of the World Cup events as well as National Championships and various races across the country. The 2017 and 2014 National Champion, Cory Snyder of Franconia, NH, plans to attend as many World Cup events as possible this season while also working towards finishing his Master’s degree at Montana State University. The 2016 National Champion from Steamboat Springs, CO and fellow Montana transplant, Tanner Visnick, will be balancing recovering from a knee injury, racing, as well as being a senior at Montana State University. Jeffrey Gay from Steamboat Springs, the 2015 and 2013 National Champion, returns to the A Team after finishing his degree from the University of Colorado. 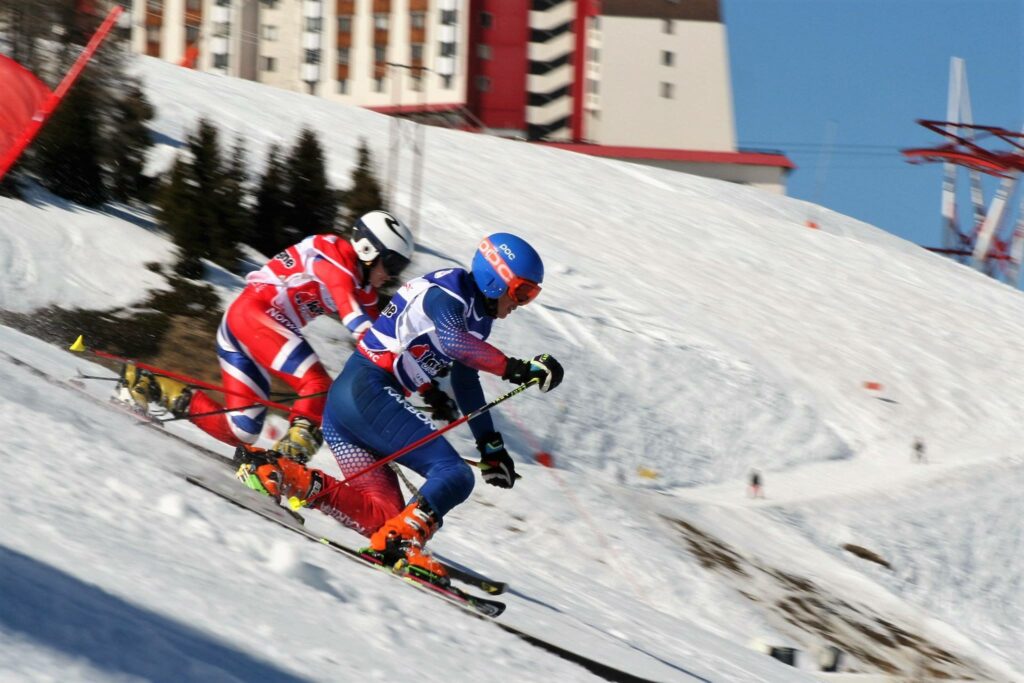 The B Team is comprised of two women and 12 men. This team will focus their racing on US events although some may travel to the East Coast or European World Cup races as well. Farli Boden of Sandpoint, ID and Sarah Godek from Gilford, NH will vie for the place of fastest female team member this season. Farli is a senior at Sandpoint High School who also competes in alpine racing and will continue working towards being the fastest woman after finishing 2nd in the 2017 Nationals in Grand Targee. After a year break, Sarah Godek is ready for another year of fun racing around the country. Leading the male B Team, Dylan Weglarz from Durham, NH narrowly placed 2nd at the 2017 National Championships and took 1st in the Eastern Race Series. Several excellent racers will also be returning to the B Team including Garrett Long of Rowayton, CT; Birk Larson of Midway, UT; Nicolas Belissent of Les Houches, France; Cedar Mattole of Whitefish, MT; Nathan Fogell of Allenstown, NH; Norman Miller of Wellsville, VT; and Steve Weglarz Jr. of Durham, NH. After some impressive Nationals results as well as results throughout the year, racers Miles Fey of Concord, NH; Devon Wright of Campton, NH; Jacob Carter-Gibb of Boulder, CO; and Larry Bosche of Berkeley, CA will all be joining the B Team for the 2017 season.

The Development Team will consist of four members who will be working to develop their Telemark skills over the course of the season. Aren Moynihan from Keene, NH will be the youngest member of the team and is looking to come back after last season’s fractured ankle. Also on the D Team are racers Jake Badway of Westborough, MA; Dan Kenerson of Sugar Hill, NH; and Sam Garber of Wellesley, MA.

The US Team athletes will compete in regional, national and World Cup Telemark events this coming winter. Dates for regional races and the National Championships will be posted to the USTSA website in early fall.