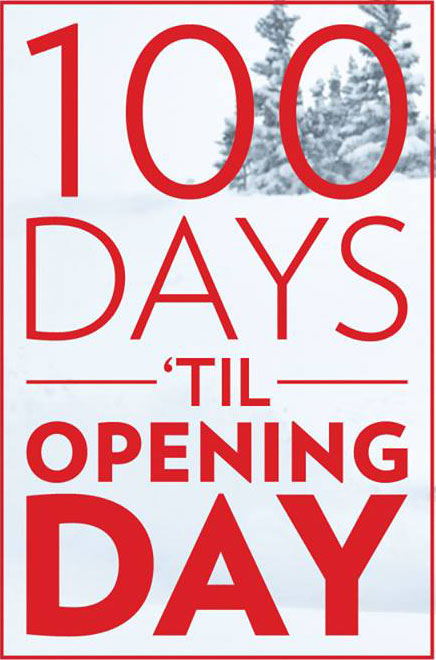 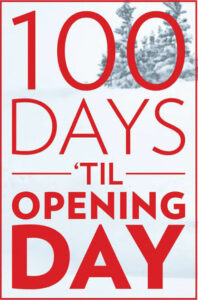 Today marks the beginning of the 100 day countdown to the opening of Breckenridge Ski Resort for the 2016-2017 telemark ski season on Friday, Nov. 11, 2016. And while many may moan at the thought of summer slipping away, snow enthusiasts around the world are daydreaming about the possibilities of powder turns during one of the 164 days of the upcoming season. To join the dreamers, see some of the highlights from last season on Breck’s YouTube channel here.

Located at 9,600’, Breckenridge provides some of the best conditions in North America for telemark skiers. With more than 300 inches of snowfall annually, a calendar filled with vibrant events and a community of passionate locals and visitors, Breckenridge offers the quintessential winter mountain experience.

In the past six seasons, Breckenridge upgraded the Colorado SuperChair (2014), opened more than 500 acres on its newest peak, Peak 6 (2013), reimagined the Peak 8 base area with lodging and restaurants (2010), and much more. The 2016-2017 ski season at Breck will be another milestone for capital improvements.

Favorite Events are Back

Breck is renowned for its event lineup in town and at the resort. Here are a few favorites you won’t want to miss this season:

Book Early for the Best Price

It’s best to book lodging at North America’s most popular ski resort early to save money and secure guests’ favorite lodging options. From in-town townhouses or condos just off of Breckenridge Main Street, to slope-side studios or premier hotel accommodations, book by Sept 23, 2016 and get 25 percent off. Learn more at Breckenridge.com/deals.

Season Passes are for Everyone – Purchase by Sept. 5!\The Epic 4-Day, Epic Local Pass and full Epic Pass are on sale for the 2016-2017 season, allowing skiers and snowboarders to save money compared to lift tickets while having a pass to North America’s iconic resorts including Vail, Beaver Creek, Breckenridge, Keystone and Arapahoe Basin in Colorado, Park City in Utah, Heavenly, Northstar and Kirkwood in Lake Tahoe and more. A variety of pass options are available at EpicPass.com and guests must purchase by September 5 for the guaranteed lowest price. Pass holders receive Epic Pass Club benefits and Ski With a Friend tickets on most passes.